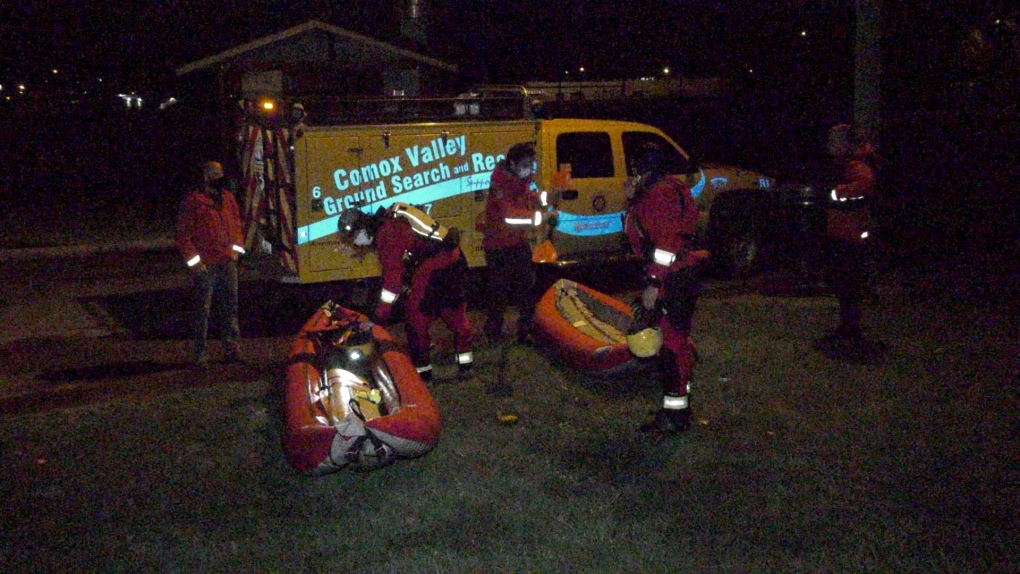 A large-scale effort to locate a woman along the Courtenay River wrapped up successfully Sunday night after the person was located far from the water. (CTV)

COURTENAY, B.C. -- A large-scale effort to locate a woman along the Courtenay River wrapped up successfully Sunday night after the person was located far from the water.

RCMP contacted members of the Comox Valley Search and Rescue team around 4:15 p.m. with the belief that a woman may have gone into the river near the Condensory Road Bridge.

RCMP members, a helicopter and police service dogs were all involved in the search, as were volunteer searchers who went in the water and along the shorelines.

He says searches were conducted with volunteers in the water for just under two hours until the subject was located.

"Certainly, when you believe someone is in the water, you have to respond full-on and get people in and searching as quickly as you can because time is, of course, of the essence," Berry says.

He says in situations like this, even though the woman doesn't appear to have been in real danger, it's always best to put the effort in to ensure the person is safe.

"Life safety is absolutely essential and when we believe someone is in jeopardy all resources, all stops are pulled out to ensure that we can get them quickly and return them home," Berry says. "Particularly when they're in the water because time is of the essence both for hypothermia and drowning."