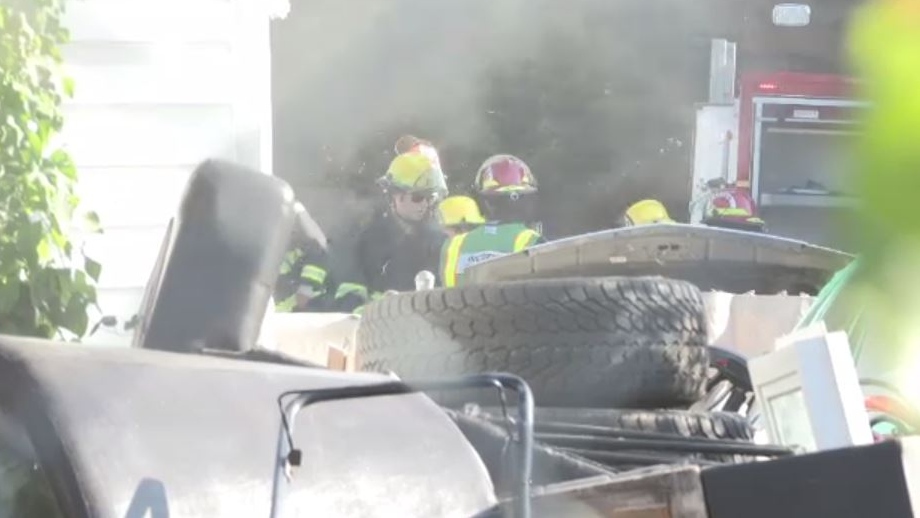 Firefighters were called to the house on Athletic Street at approximately 5 p.m. when neighbours saw black smoke billowing from the windows of the home. (CTV News)

One man is dead after a fire destroyed a home Thursday in Nanaimo, B.C.

Firefighters were called to the house on Athletic Street at approximately 5 p.m. when neighbours saw black smoke billowing from the windows of the home.

Fire crews contained the blaze and extinguished the flames within 40 minutes of their arrival, the Nanaimo RCMP said in a statement Thursday night.

A subsequent search of the home revealed the body of an adult male, police said.

Investigators say the discovery is suspicious and the case has been turned over to the Nanaimo RCMP's serious crime section.

Neighbours tell CTV News the home has been frequented by the RCMP and was the scene of a police raid several days ago.

Nanaimo RCMP spokesperson Const. Gary O'Brien confirmed Friday afternoon that the house has been visited by police "dozens of times in the last year" and was recently searched by police.

Anyone with information on the incident is asked to call the Nanaimo RCMP at 250-754-2345.