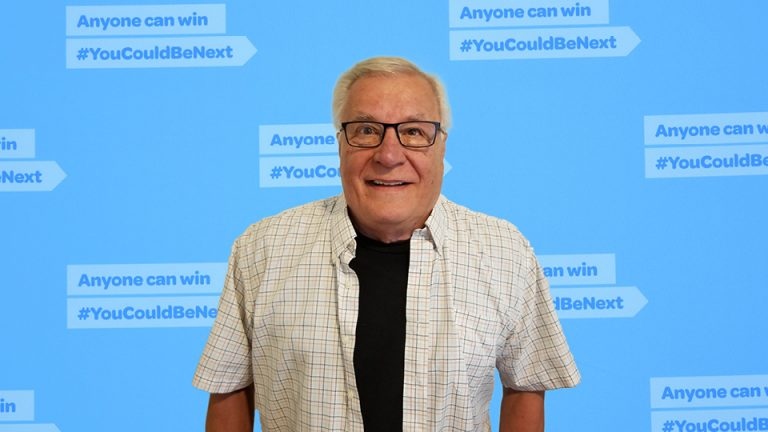 Victoria man Dennis Demetrioff is looking forward to better sleeps on a new mattress after winning a $500,000 lottery draw: (BC Lottery Corporation)

VICTORIA -- A self-described “low key” Victoria man is certainly excited after winning half a million dollars in a lottery draw last month.

Dennis Demetrioff won $500,000 from a Lotto Max Extra draw on Sept. 4. The Victoria resident says he now plans to share his winnings with his two children and will purchase new furniture for himself.

“It has been a few years since I have bought any new furniture,” he told the BC Lottery Corporation. “I might replace a few pieces in the house such as the couch – and get myself a new bed.”

The Victoria man says he’s thrilled over the win, even though he’s generally a laid-back individual.

“I may not be overly excitable, but it still is very exciting,” he said.

Demetrioff purchased his winning ticket from the Fairway Market on Jacklin Road in Langford.

He now joins the ranks of other Victoria lottery winners this year, including a group of local bus drivers who are sharing a $1-million lottery prize.