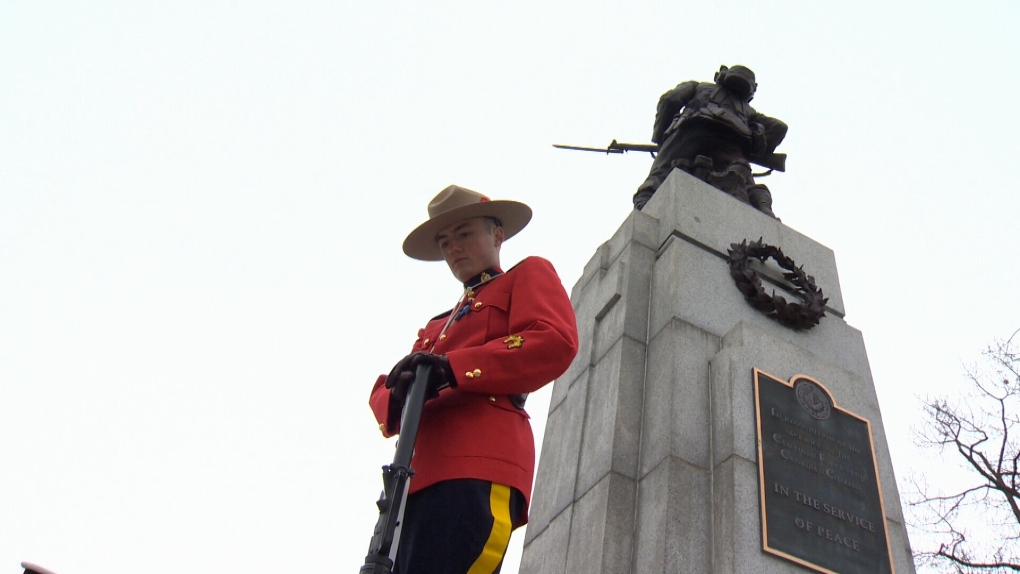 Thousands of people came out to pay their respects at Remembrance Day ceremonies in Greater Victoria. Nov. 11, 2017 (CTV Vancouver Island)

In light of the controversy surrounding policing costs for Victoria's Remembrance Day ceremonies, B.C. pharmacy chain London Drugs has stepped up to foot the bill.

“We have seen the concern about the Remembrance Day event potentially being cancelled or changed in some way, and we have seen and heard our veterans' concerns,” said Clint Mahlman, London Drugs president and chief operating officer, in a statement Thursday.

“We want to ensure that we remove the worry from the community so that this important event continues and can be planned for.”

The controversy arose after a Victoria city councillor suggested the city seek federal money to pay for policing military events such as Remembrance Day.

London Drugs says it is willing to cover for the costs "for at least the next few years."

“We don’t think for our veterans and current serving Canadian Armed Forces members, that they should have to worry about fighting for remembrance and political lobbying,” added Mahlman.

“We should come together as a community to honour their personal and their families sacrifices.”

London Drugs says it looks forward to discussing the offer with Victoria city council and the Victoria Police Department.