VICTORIA -- Hundreds of forestry workers staged a rally on the lawn of British Columbia's legislature Tuesday, reminding the government about how important the industry is to the economy and to the survival of rural communities.

Many of the workers arrived in logging trucks and parked their rigs near the legislature, temporarily shutting down a busy thoroughfare.

Among the crowd of about 500 people were many who carried placards saying, “Forestry Feeds My Family.”

Forests Minister Doug Donaldson spoke to the crowd, saying he will take their message to the government. 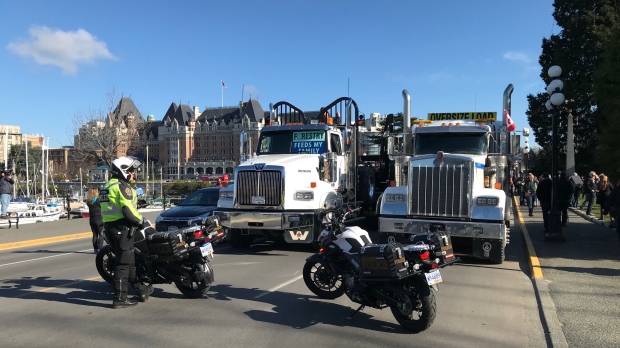 Port McNeill Mayor Gaby Wickstrom told the group that B.C.'s forest industry is in crisis and the government needs to be reminded that a healthy industry benefits the entire province.

Wickstrom said her Vancouver Island community suffered during a recent eight-month strike that saw up to 3,000 people out of work and many families and businesses on northern Vancouver Island struggling to survive.

“We are here to ask for the protection of the working forests in perpetuity,” she said. “It doesn't matter if you are rural or urban, you benefit.”

Donaldson said he expects to release the results of a recently completed consultation this spring on timber areas available for industry activities.

“I've heard from you about the stress of not knowing about the future of the forests,” said Donaldson, who agreed to present a forest worker support petition signed by 8,000 people to the government. 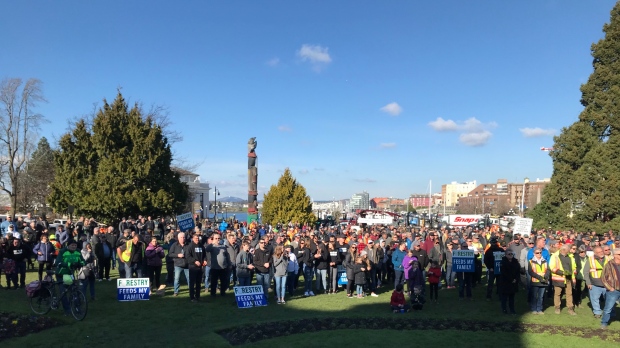 Liberal forestry critic John Rustad said 2019 was a catastrophic year for the industry with 10 permanent or indefinite mill closures and over 10,000 jobs lost.

“Communities have been devastated, lives uprooted and families forced to fight for their survival amidst a forestry crisis that shows no signs of slowing and a government that simply pretends like they can't do anything to help,” he said in a statement.

This report by The Canadian Press was first published February 18, 2020.