'Lights out' for local theatre company after major break in 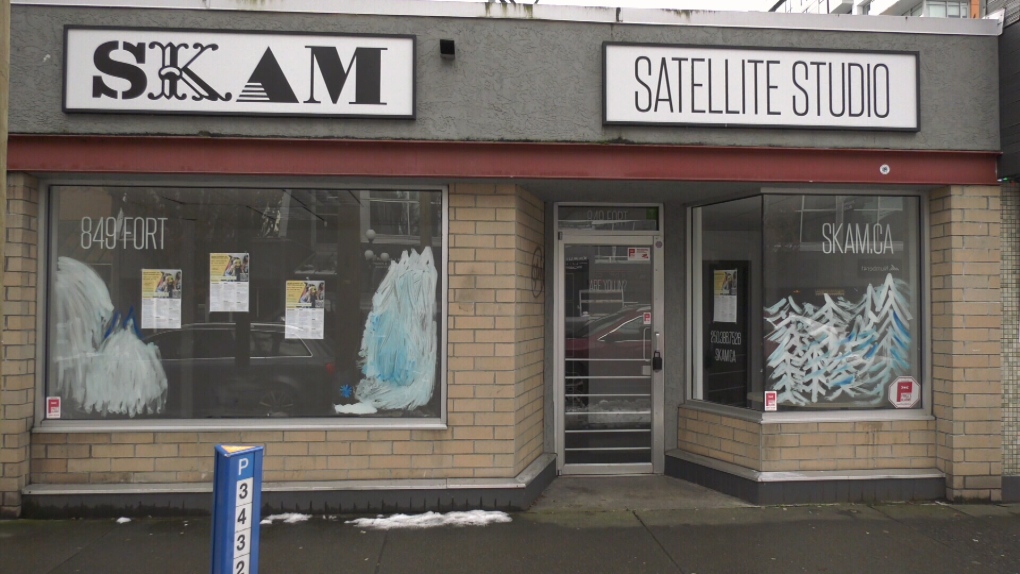 Approximately $5000-worth of theatre equipment was ripped off of the walls and stolen from Theatre SKAM's Satellite Studio: Jan. 17, 2020 (CTV News)

VICTORIA -- Members of Theatre SKAM had just celebrated 25 years in operation in Victoria earlier this week when the drama company suffered a major blow.

The Victoria theatre company's studio space on Fort Street was broken in to and more than $5000-worth of equipment was stolen.

The company believes that thieves broke in through the front door of the theatre sometime between Jan. 14 and Jan. 16 and stole a lighting control board, a projector, a wireless transmitter and other electrical and cable accessories used in theatrical production.

"After 25 years you see quite a few things,"  said Theatre SKAM artistic and managing producer, Matthew Payne. "But have we seen a theft quite like this? No."

"I cannot recall us losing over $5000 overnight," he said. "That hasn't happened before so it is pretty saddening and shocking news for sure."

The theft was discovered in the middle of the day on Thursday when the company's production manager was getting the space ready for the next group.

The manager noticed muddy footprints leading from the front door towards the theatre space, and that the lighting board cable had been ripped out of the wall. Thieves had also taken a projector and wireless microphones needed by the company for theatrical productions.

"We can't bring up the lights right now without the lighting board," said Payne. "The community groups that are renting the space depend upon that gear as much as we do."

Theatre SKAM's Satellite Studio hosts several community and professional arts organizations, including theatre-makers and visual artists. The studio says that the theft seriously compromises the future of Theatre SKAM's ability to provide space for these organizations.

"The theft won't keep us down, we'll keep going, but we will have a revision of our next booking gigs to make sure we have the gear that people need to do the work that they want to do," said Payne.

"We're going to need to move pretty quickly to provide the full support that we say we do."

Theatre SKAM is asking that anyone with information about the theft contact VicPD. Those wishing to donate for the recovery and replacement of the stolen equipment may do so online through Canada Helps here.