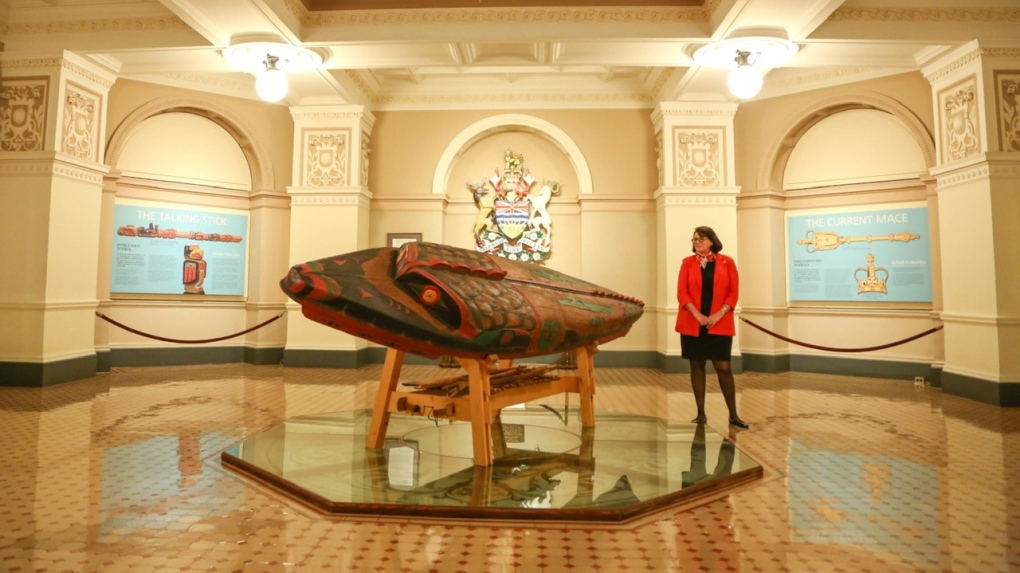 The “British Columbia Reconciliation Award” will recognize individuals, groups and organizations who further reconciliation efforts and support endeavours that promote truth and understanding with Indigenous peoples.

“It’s really, I think, about embedding a culture of understanding and an embracing of the need for reconciliation,” Austin says. “I don’t think people always fully appreciate the history of colonization and the truly devastating impact it has had on Indigenous culture, language, (and) art. (It) has created incredible inequalities that need to be addressed.”

The award is a partnership between the Office of the Lieutenant Governor and the BC Achievement Foundation.

It was originally conceived by B.C.’s former Lieutenant Governor Steven Point, who is Indigenous and continues to be a force for reconciliation in the province. Point sat on the advisory board for the award.

Another First Nations advisor on the award committee, T’es’ots’en (Patrick Kelly), is hopeful that the award will help inspire and continue to foster change for Indigenous people in the province.

“I think the reconciliation awards is a process that will help us get to a better place where will we can all coexist together, thrive together as British Columbians,” says T’es’ots’en.

There will be two or three Reconciliation Award recipients during the program’s first year. The winners will be announced in the spring.

Nominations for the newly created award are open from until Jan. 15.

The nominations process is open to any individuals or organizations, whether Indigenous or non-Indigenous, who have shown exemplary dedication to asserting truth and reconciliation initiatives.

“I am deeply committed to strengthening the ever-evolving relationship between the Crown and Indigenous peoples and selected reconciliation as one of the key themes of my mandate,” says Austin. “This commitment includes my participation in the actions that further reconciliation and my support of endeavours that promote truth and understanding. My hope is that this award will further these efforts.”

Learn more about reconciliation in Canada and British Columbia through the national Truth and Reconciliation Commission and the B.C. Declaration on the Rights of Indigenous Peoples Act,

To nominate an individual or organization, go to the nomination form on the BC Community Achievement Foundation website.