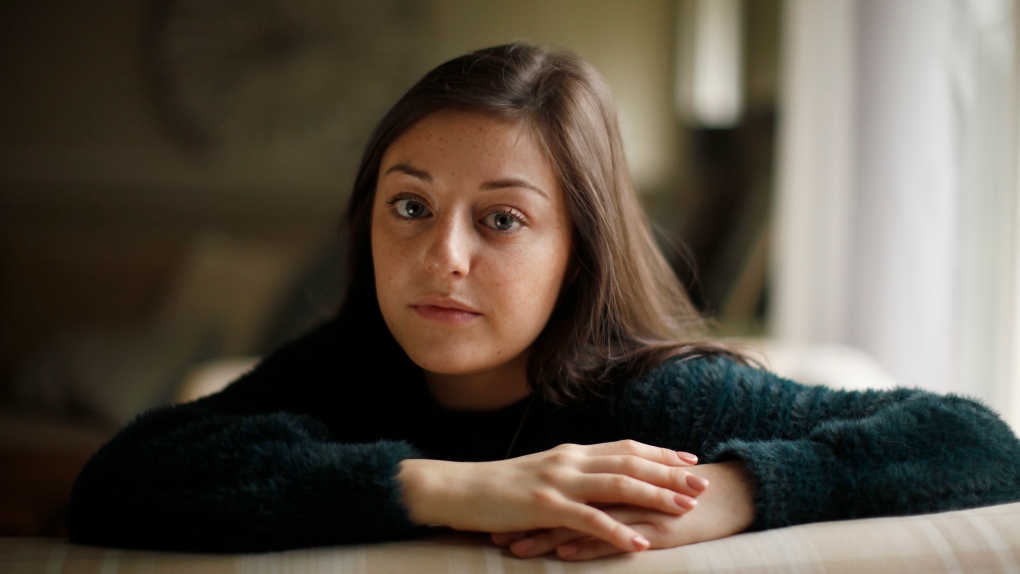 Former University of Victoria coxswain Lily Copeland is photographed at home in Brentwood Bay, B.C., on Saturday, November 16, 2019. A former member of the University of Victoria's varsity women's rowing team is suing the head coach and the university over allegations of demeaning and aggressive treatment. THE CANADIAN PRESS/Chad Hipolito

VANCOUVER -- A former member of the University of Victoria's varsity women's rowing team is suing the head coach and the university over allegations of demeaning and aggressive treatment.

A statement of claim filed in B.C. Supreme Court on July 3 alleges Lily Copeland was subjected to offensive and belittling language and “fat shaming” by Barney Williams while she was a coxswain with the team during the 2018-2019 season.

The lawsuit says Williams “created a hostile training environment,” singled out Copeland in public and in front of teammates, criticized her weight and berated her in a small, locked room.

In an email to The Canadian Press, Williams declined to comment on the lawsuit.

But he wrote that he is “committed to creating a healthy and rewarding environment” for every member of the varsity women's rowing team and that he is “actively evolving” his style.

The University of Victoria said in a statement that it is aware of the lawsuit, but it has not yet been served, and the school does not comment on matters before the courts.

“The university strives to provide a supportive and safe environment for all its students and takes allegations of behaviour contrary to the university's policies seriously,” said media relations director Denise Helm in an email.

The lawsuit says the rowing team's practice site had a heated storage structure referred to as the “sauna” and Williams would lock Copeland inside with him three to five times a week, standing close to her and speaking aggressively, which caused her to feel physically threatened.

As a result of the so-called “sauna episodes,” the lawsuit says Copeland was often late or missed academic classes, while the team's assistant coach took steps to comfort and shield her.

It says Sam Heran often waited outside the door of the locked room and tried to minimize Copeland's contact with Williams by escorting her away from practices.

The lawsuit says Copeland suffered injuries including stress-induced physiological symptoms, headaches, lost confidence and self-esteem as a result of the misconduct.

It also claims that actions, omissions and policy decisions by the University of Victoria caused or contributed to the misconduct, including failing to provide Copeland with safe environments for learning, training and competition.

It says the school failed to train or supervise Williams properly, failed to adopt appropriate coaching standards for varsity athletes and failed to take timely and adequate steps when Copeland complained informally to the associate director of sport in October 2018.

Copeland later made a formal complaint through the university's equity and human rights office and the lawsuit says at least two other team members had also complained about Williams.

The school hired an adjudicator last year who found his behaviour didn't breach the campus-wide discrimination and harassment policy, which had no language specific to sports.

Rowing Canada is currently conducting an investigation into Williams, who continues to coach.

The university is expected to implement a new code for coaches with a focus on safe sport guidelines this year and it says improvements to the complaint process for varsity athletes are also on the way.

Helm said in her email that when there are allegations of behaviour contrary to university policies, there are impartial and independent processes in place to resolve and provide accountability.

Copeland told Williams that she was scared of him and their interactions had significantly aggravated her mental health challenges during a mid-season meeting in December 2018, the lawsuit says, claiming Williams responded by telling her to “toughen up.”

The statement of claim says that as Copeland's head coach, Williams owed her a duty of care for her well-being not only as an athlete but also as a student.

It says Williams was grossly negligent by failing to provide adequate medical care when he was made aware of Copeland's mental health struggles.

This report by The Canadian Press was first published Aug. 9, 2020.