Tow operators were in clean-up mode on Wednesday, after a night of desperation on the Malahat highway prompted people to abandon their vehicles Tuesday.

Plows needed the work to happen as well so they could clear what was left of a messy dump of snow.

Peninsula Towing removed large trucks that got stuck in the snow while Westshore Towing took care of the smaller vehicles.

"27 cars that I had to move," said the owner of Westshore Towing.

Some of those drivers that became stranded may have ended up at the Malahat Chalet.

"It was taking people three hours from Langford to here," said Lori Strandlund, owner of the Malahat Chalet and the Moon Water Lodge.

On Wednesday, the owners of the chalet and lodge were digging out from a busy night.

"Anytime that we have an emergency on the Malahat, we do our best to stay open," said Strandlund. 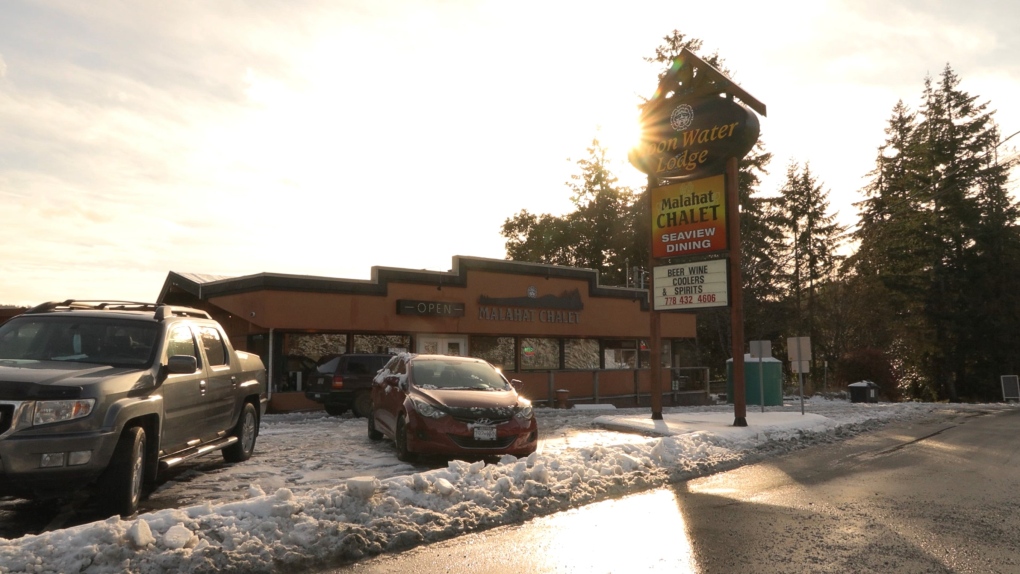 The business became a lifeline for those unable to make their way over the Malahat, even though the power had gone out at the business around 6 p.m. Tuesday night.

"Luckily our pizza oven was still working because it stays hot for a long time, and we had coffee, so we were still able to offer warm drinks," said Strandlund.

Don’t forget the luxury of having a washroom.

The parking lot filled up with abandoned vehicles on Tuesday, including many commuters who chose to park and walk home if they lived nearby.

The owners of the chalet and lodge also lowered the cost of a hotel stay for those who were out of options.

"Last night we were doing 35 per cent off the rooms, just as a way to help," said Strandlund. "We’re a community."

Of the 27 cars Westshore Towing moved off the Malahat, some still had summer tires equipped. Others had winter tires but they were too worn down to grip the road.

As a reminder, it is law if you are travelling over the Malahat highway to have either winter tires or all-season mud and snow tires, with a minimum tread depth of 3.5-millimetres, between Oct. 1 and April 30.