Large yellow snake on the loose in Saanich: police 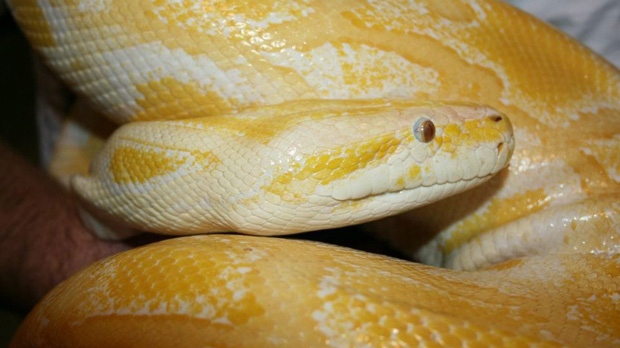 A large snake spotted in a Saanich neighbourhood last week has been on the loose for months, according to police.

A sighting of the pale yellow snake in the 3200-block of Linwood Avenue was reported to police on March 19.

The resident reported that he has been seeing the serpent around his property for the last few months, beginning with a sighting around Christmas time.

"Each sighting has been either late at night or in the very early morning hours when it is still dark out," Saanich police said in a news release.

Based on its description, the snake is likely an exotic species that was kept as a pet.

"It may have been intentionally released by its owner who no longer wanted it or it may have inadvertently escaped, although we have had no reports of a missing snake," said police.

Anyone who wants to own a restricted species of snake most obtain a permit first from the BC Fish and Wildlife Branch.

Police say the Saanich pound is contacting the branch to find out if anyone in the area holds such a permit.

While there haven't been any other sightings of the slithering creature, police ask anyone who sees it to call them right away.

If it's safe to do so, they're also asking witnesses to take a picture of the snake and keep it in sight until authorities arrive.