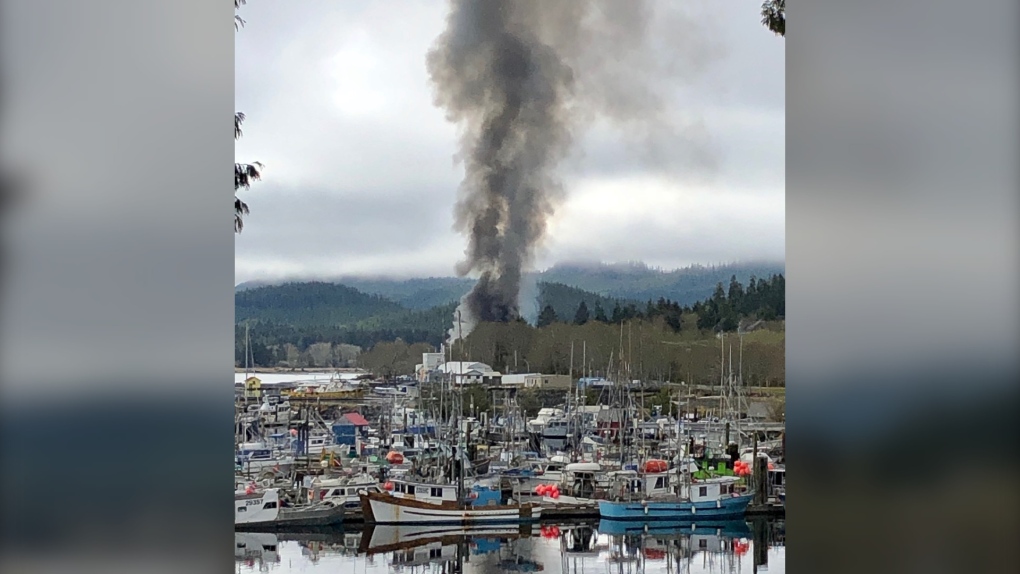 George Deigh took this photo of the smoke plume from his backyard.

VICTORIA -- A large structure fire has forced a road in Port Hardy to be closed for hours.

Drive BC said Hardy Bay Road is closed between Highway 19 and Rupert Street as firefighters continue to tackle the fire.

A person living nearby first heard sirens at about 10 a.m. on Saturday and then noticed the fire from their backyard.

“I noticed the large plum of black smoke…was first thinking it was a boat fire,” said George Deigh.

Another neighbour tells CTV News Vancouver Island firefighters were working on extinguishing the fire for hours.

“I do know that there’s been extensive damage, including to some personal shops and vehicles on the property,” said Hannah Paige Miner.

Drivers are being asked to take Douglas Street instead of Hardy Bay Road.

“It was a big fire in a big industrial building, lots of fuel,” he said.

Harding said the front section of the North Island Rockpro building, where the offices are located, is a complete loss. The other part of the building is where material is stored. Firefighters were able to save that part of the facility, Harding said.

There were no injuries in the fire and it is not believed to be suspicious.

Early reports suggest the fire is at an excavating company in Port Hardy.