Langford woman uninjured after neighbour warns her of house fire 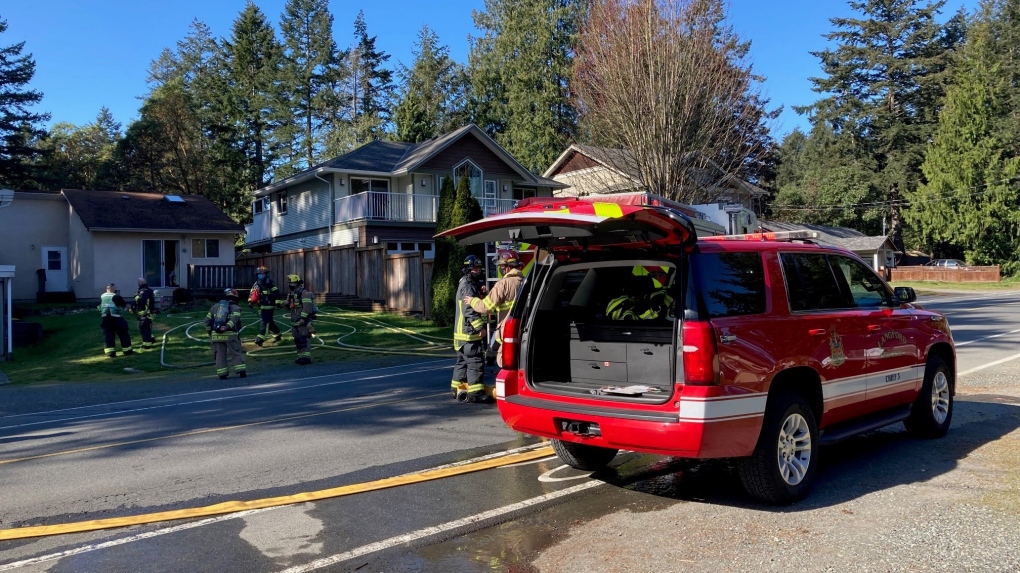 The fire broke out around 9 a.m. Friday: (CTV News)

VICTORIA -- A Langford woman is uninjured after her neighbour warned her of smoke coming from her home on Friday morning.

Around 9 a.m., the neighbour warned the homeowner that smoke was coming from the roof of her house. Within minutes, the smoke detectors were triggered and the fire department was called.

The View Royal and Colwood fire departments were called in to assist Langford fire crews in the house fire.

The fire was quickly put out and the attic was opened up to make sure the fire had not spread, according to firefighters.

The fire is believed to have started because of a faulty fan in a bathroom.

“Sometime these fans get old and fail,” said Lance Cavan, Langford's assistant chief for fire prevention. “You need to maintain your equipment, just make sure your bathroom fan stays nice and clean.”

No one was injured and it’s unclear at this point when the family will be back in the house due to smoke damage.