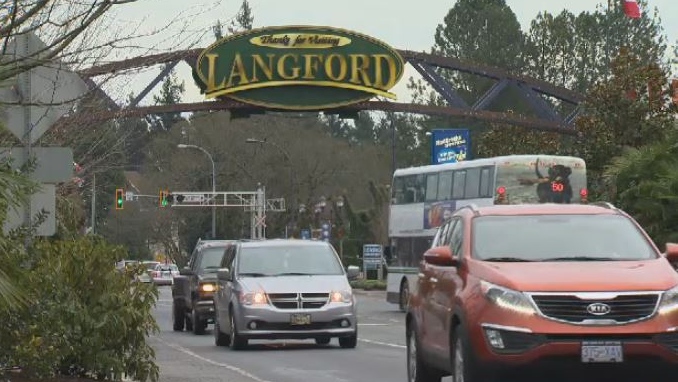 Langford has made it high on the list of best communities to live in Canada in 2021 by Maclean's.

VICTORIA -- The City of Langford has cracked another list of top communities in the country, this time by Canada's Maclean's magazine.

Maclean's ranked Langford the top community in B.C. for livability and the 18th most attractive community in Canada.

"This is a proud moment for the residents of Langford," said Langford Mayor Stew Young in a statement Thursday. "Through strong partnerships with the business, recreation and development community, the City of Langford has been able to keep property taxes low, allowing residents an affordable and well-rounded quality of life."

Other Vancouver Island communities to make it into the top 25 include Central Saanich at 22nd place, and Sidney at 23rd place.

Maclean's used a range of criteria to establish its best community list, which is slightly different from years past.

"In our inaugural edition of the ranking, we gathered data on 415 communities across the country and compared them based on categories we thought would be most important to the average person. Then the pandemic hit, and people’s priorities changed," wrote Maclean's on its 2021 list of best communities in Canada.

The company says it placed a greater emphasis on housing quality and internet quality in a community, since more people are working from home during the pandemic.

"Our revamped ranking assumes remote work is here to stay, asking where people should move if they’re not tied to an office and a commute," wrote Maclean's.

Each category was weighted differently, with attributes like affordability, weather and internet access being among the most heavily weighted qualities in a community.

Earlier this year, Langford was ranked the "most liveable" place in Canada by insurance website RATESDOTCA.