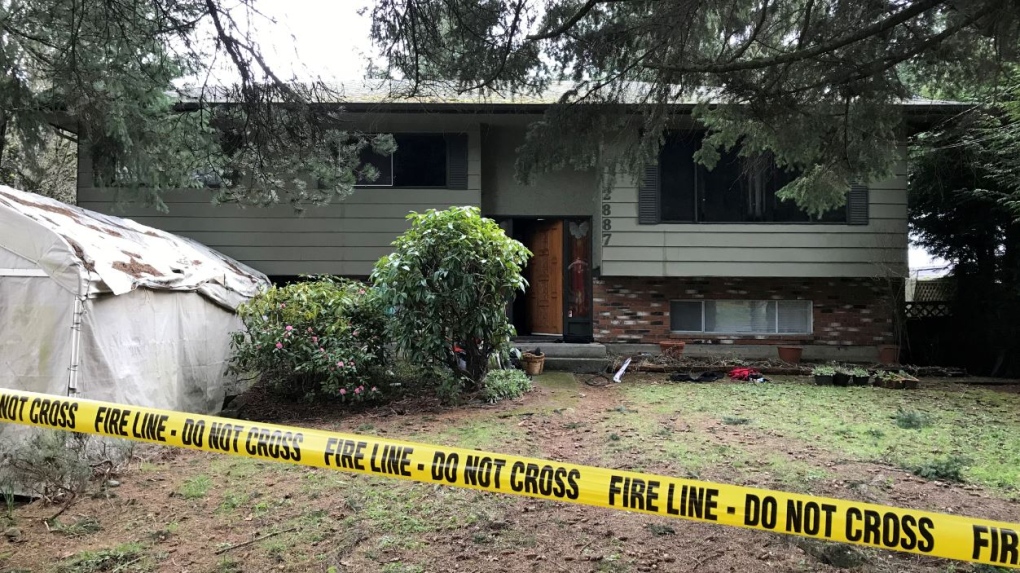 A neighbour of the property called the fire department after noticing smoke spilling out of a second storey window: (CTV News)

LANGFORD -- One man managed to escape a house fire in Langford Monday night, but damage to the home is extensive, say fire officials.

Langford Fire Rescue first received reports of the fire at approximately 8 p.m. from a neighbour of the home, located on the intersection of Haslam Avenue and Glennan Road in Langford. That neighbour noticed smoke coming from a second storey window.

Langford Fire Rescue, along with the Colwood and View Royal Fire Departments, then responded to the blaze.

When crews arrived they found smoke and flames billowing out of the second storey window at the back of the house. 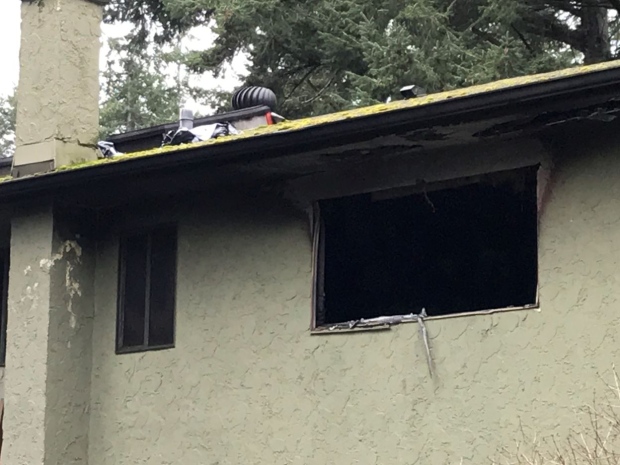 By the time crews arrived, the lone homeowner and occupant of the house had already managed to get himself out of the property. Firefighters then knocked down the flames, saving the house from a total loss.

“There’s a considerable amount of damage to the upstairs area on the top floor of the house,” said Langford assistant fire chief, Lance Caven. “We’ll be starting the investigation shortly to try to determine a cause.”

While the fire investigation is in its early stages, officials say the blaze is not considered suspicious.

Smoke alarms are the first line-of-defence when it comes to fires and saving lives, says the assistant fire chief.

Following the fire, the homeowner was provided accommodations for the night by Langford's Emergency Social Services. Moving forward, Craven has been told that the homeowner will be staying with family or friends.