A humanitarian group in Langford is stepping up its support for the people in war-torn Ukraine. It’s hosting a fundraiser this Saturday night at the Bear Mountain Westin to raise money for much-needed medical supplies after an urgent plea from a doctor in the invaded country.

“This doctor appealed to us that they badly needed medical equipment, dressings, sutures and diagnostic equipment,” said Bob Beckett, the project coordinator.

The supplies are needed to treat thousands of civilians and soldiers injured in recent months.

“Let’s raise money and secure the equipment that they are asking for,” said Beckett.

The humanitarian group travelled to the city of Lutsk in Ukraine this summer in partnership with the Canadian non-profit GlobalMedic.

The partnership raised $400,000 to provide food and rescue equipment to the Ukrainian people. Most of that aid has now been delivered.

Svitlana Makhnovets lives just outside Lutsk and is the group's interpreter.

“The war shows no signs of stopping,” said Makhnovets. “My compatriots are still being slaughtered every day. Children are being stolen from their parents and sent to remote parts of Russia.”

She says as Ukrainian forces win back territory taken from them by the Russian army, the hospital system is being overwhelmed by the injured.

“Each village liberated by the armed forces of Ukraine also means thousands of those who haven’t had access to proper medicine, food and basic facilities for a long time,” said the interpreter.

There are also countless soldiers paying the price for those military gains.

When the team visited Ukraine, Beckett began building a relationship between the Sooke School District and a local school district in that country.

Now, the schools are on board too.

“We’re going to begin with two classes connecting with each other, one with 10-to-11-year-olds and then 15-to-17-year-olds,” said Scott Stinson, superintendent of the Sooke School District.

For the younger group, the focus will be on learning the English language, which is already taught in the Ukrainian school system. The older group will dive a bit deeper into politics and discussions about the war.

“It’s really about building a bridge between the two cultures,” said Stinson.

Another partnership is also beginning to unfold.

Joining the Langford group at the fundraiser event on Saturday night will be the Victoria Hand Project. It is a Victoria-based non-profit that creates affordable prosthetic arms for people around the world.

“They are coming together to work with us to consider what synergies we can bring to the table,” said Beckett. “So that we can maximize our local efforts in supporting the people of Ukraine.”

Tickets for the event are still available and can be purchased online. 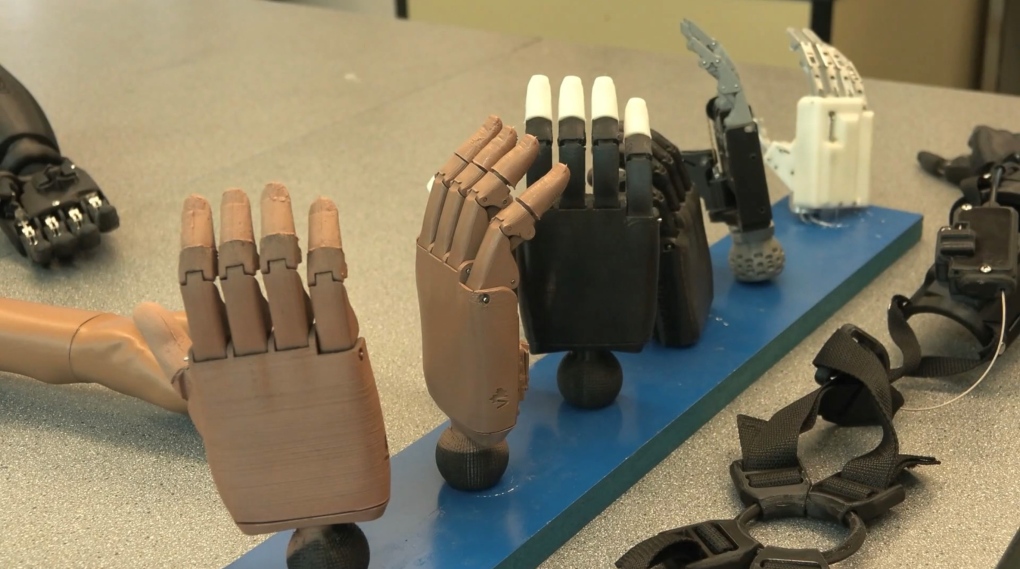 Joining the Langford group at the fundraiser event on Saturday night will be the Victoria Hand Project, a Victoria-based non-profit that creates affordable prosthetic arms for people around the world.

A former Israeli prime minister who served briefly as a mediator at the start of Russia's war with Ukraine says he drew a promise from the Russian president not to kill his Ukrainian counterpart.