Langford 'distraction theft' may be linked to Saanich crimes 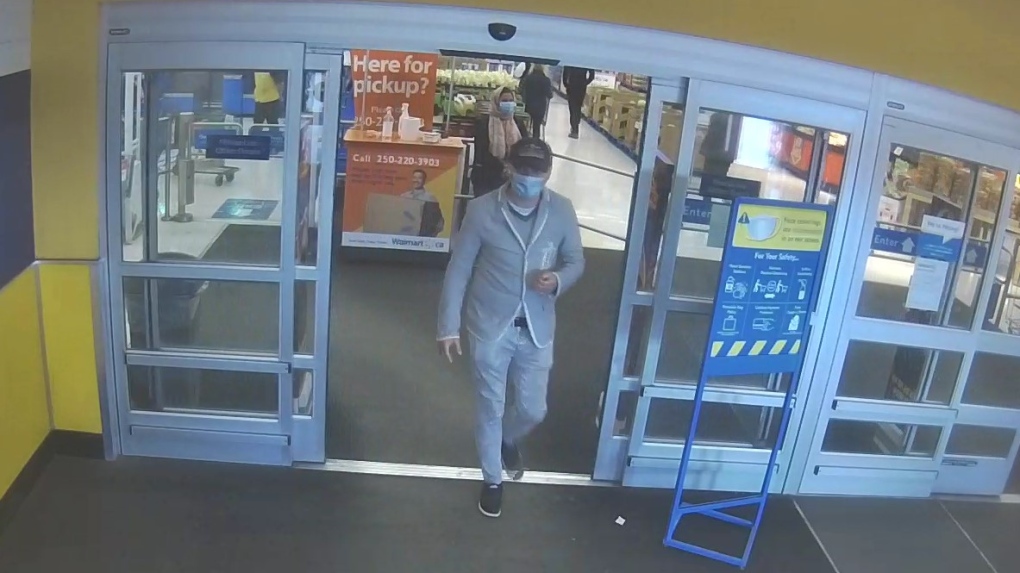 Police are searching for this man who's believed to be involved in a "distraction theft" in Langford, B.C. (West Shore RCMP)

Police in Langford, B.C., are warning of a coordinated theft that may be linked to similar incidents in the Saanich, B.C., area.

Mounties say that on Saturday afternoon, a woman reported a theft at a store parking lot in the 800-block of Langford Parkway.

The woman told police that she was getting into her parked car when a man approached her and told her something was wrong with one of her tires.

The woman then exited her car and found a "sharp object" lodged in her tire.

While she was investigating the tire, police say a second man stole the woman's wallet from inside of her car.

Investigators say that security camera footage shows that the first man put something in the woman's tire before approaching her, according to West Shore RCMP.

The victim also told police that a bankcard was stolen in the incident and that money was withdrawn from her bank account with it.

Police believe that the men followed the woman inside of the store to try to glean her PIN number. 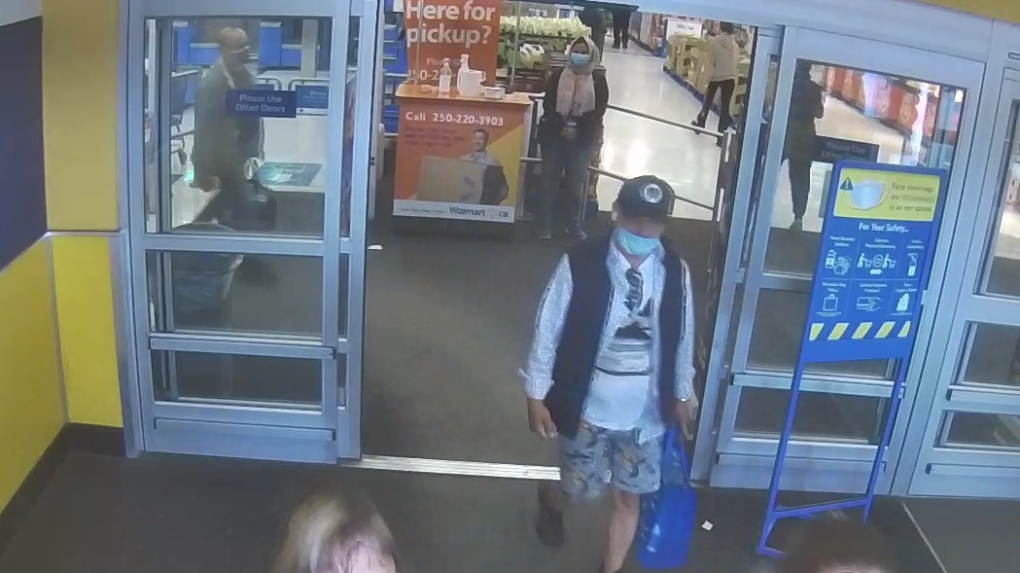 Police are searching for this man who's believed to be involved in a "distraction theft" in Langford, B.C. (West Shore RCMP)

The incident is similar to two thefts that occurred in the Saanich area last week. In one of those thefts, a man approached a woman at Uptown Shopping Centre and told her something was wrong with her tire.

The woman found thumbtacks lodged in her tire as another man swiped her purse from the car, police said at the time.

"We are starting to see an increase in similar distraction theft crimes in neighbouring jurisdictions as well as the Lower Mainland," said Const. Meghan Groulx, spokesperson for the West Shore RCMP, in a statement Wednesday.

"If you are approached by a stranger and you feel it is suspicious or similar to this report, please do not engage and contact the police," she said.

The man who approached the woman in Langford is described as having olive-coloured skin and spoke with an accent. He is about 5'8" tall and weighs approximately 160 pounds.

"We believe the West Shore RCMP and Saanich Police Department incidents are related and we will be working together in this investigation," said Groulx.

An Amber Alert issued on Monday for two Saskatchewan children has been extended into South Dakota. Saskatchewan RCMP say evidence uncovered during their investigation suggests the children may be in the U.S. state.

The man who claims to be one of the people seen 'surfing' on the roof of a moving subway train in Toronto is speaking exclusively to CTV News about his stunts and the looming threat of a police arrest.

The FBI's unprecedented search of former president Donald Trump's Florida residence ricocheted around government, politics and a polarized country Tuesday along with questions as to why the Justice Department – notably cautious under Attorney General Merrick Garland – decided to take such a drastic step.

An Ontario nurse is facing charges in connection with the alleged assault of a two-year-old boy with “significant medical limitations” in Niagara Region.

A new study found that people with regular menstruation cycles and those who typically do not menstruate either experienced a heavier flow or breakthrough bleeding after being vaccinated against COVID-19.