One year ago, Jeff and Cheryl Morrow were enjoying an evening at home when they heard a disturbing noise in the their backyard. When the couple came out of the house to investigate, they found that their backyard was gone. It had slid into Millstream Creek.

“Our entire back deck, our sewer pump, our backyard, was all gone,” said Jeff Morrow. 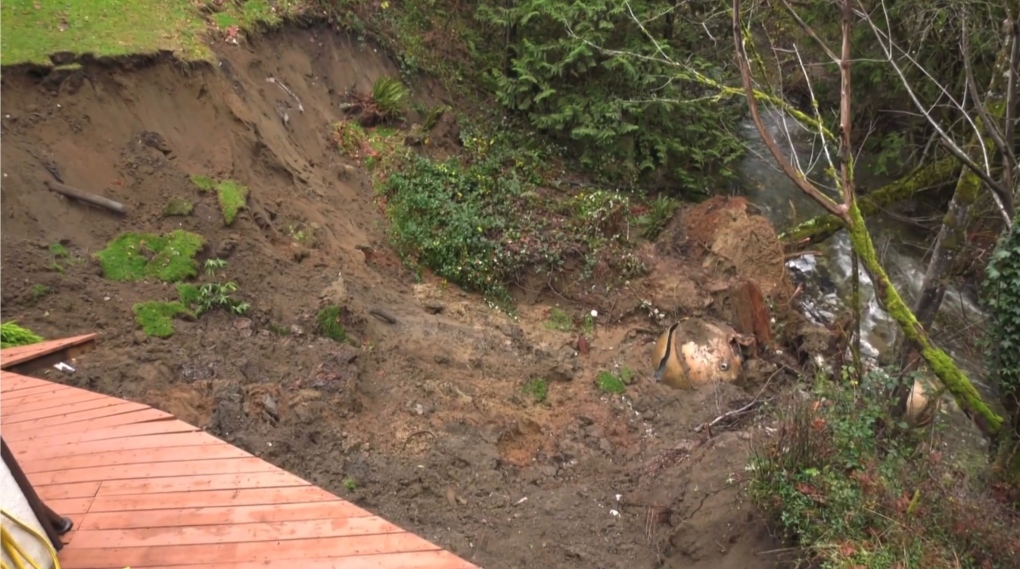 When the couple came out of the house to investigate, they found that their backyard was gone. It had slid into Millstream Creek.

The damage happened when a devastating atmospheric river descended on Vancouver Island.

The last year has been a journey for the couple. They spent five months living in a hotel while the home’s foundation and sewer pump were repaired.

In April, they were finally allowed to return home, but the work was far from finished.

“This is what $350,000 will buy you if you’re rebuilding your property after a catastrophic flood and landslide,” said Morrow Tuesday as he showed off all the work that has been done over the last 365 days.

“We had to wait until the middle of August when we could get the permits from (Fisheries and Oceans Canada) and the Ministry of Forests,” said the homeowner.

Those permits were to build a massive retaining wall between the house and Millstream Creek. The wall consists of more than 900 bags of soil.

Following that, cement blocks were put in place and hundreds of tonnes of earth were brought in to backfill the entire yard. 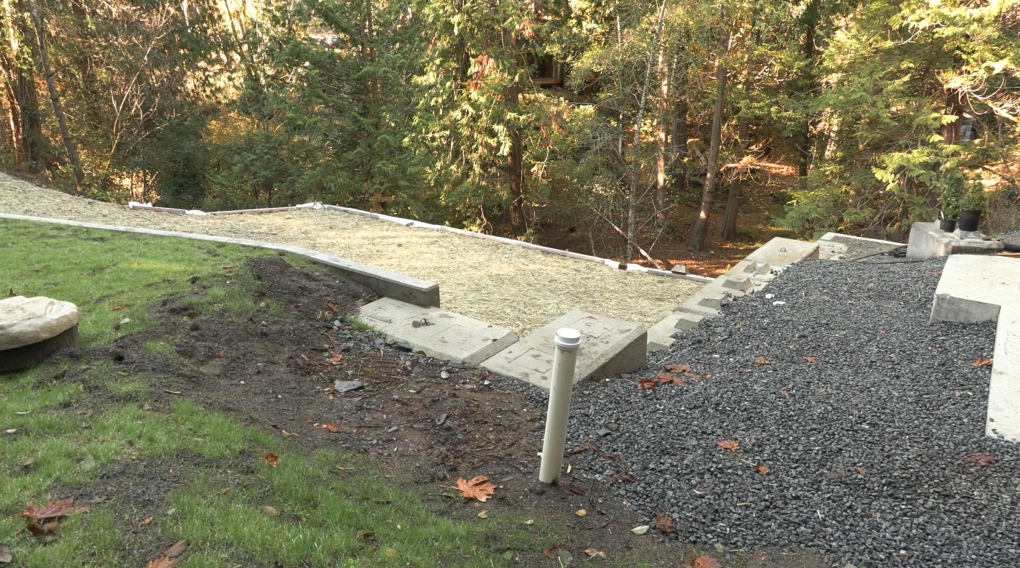 Today, the family's backyard has a new retaining wall between it and the creek.

“We were so lucky that we had an available line of credit at our bank,” said Morrow.

That line-of-credit was nearly maxed out, but two weeks ago, the couple got some relief.

They received $81,000 from the province's Disaster Financial Assistance Program. That money covered a portion of the repairs to the home's structure, but not the embankment, nor the yard.

That means the damage sustained during last year's storm has cost the couple $269,000 to date. More work will need to be done to repair the decks, stairs and landscaping.

Concerned citizens from four municipalities that Millstream Creek passes through have since formed an advocacy group called Friends of Millstream Watershed.

The group's main focuses are development along the creek and a tunnel running under the E&N rail trail that they say is too narrow to handle heavy flows.

The Morrow family is grateful for all the help and support it received over the past year.

The house is still standing and the couple is safe, and hopefully, this year's fix will be the last.

Zoom is cutting about 1,300 jobs, or approximately 15% of its workforce. CEO Eric Yuan said in a blog post Tuesday that the company ramped up staffing during the COVID-19 pandemic, when businesses became increasingly reliant on its service as people worked from home. Yuan said Zoom grew three times in size within 24 months to manage demand.

Search teams and emergency aid from around the world poured into Turkiye and Syria on Tuesday as rescuers working in freezing temperatures dug, sometimes with their bare hands, through the remains of buildings flattened by a powerful earthquake. The death toll soared above 6,200 and was still expected to rise.