Lane closures along Highway 1 in West Shore begin this weekend 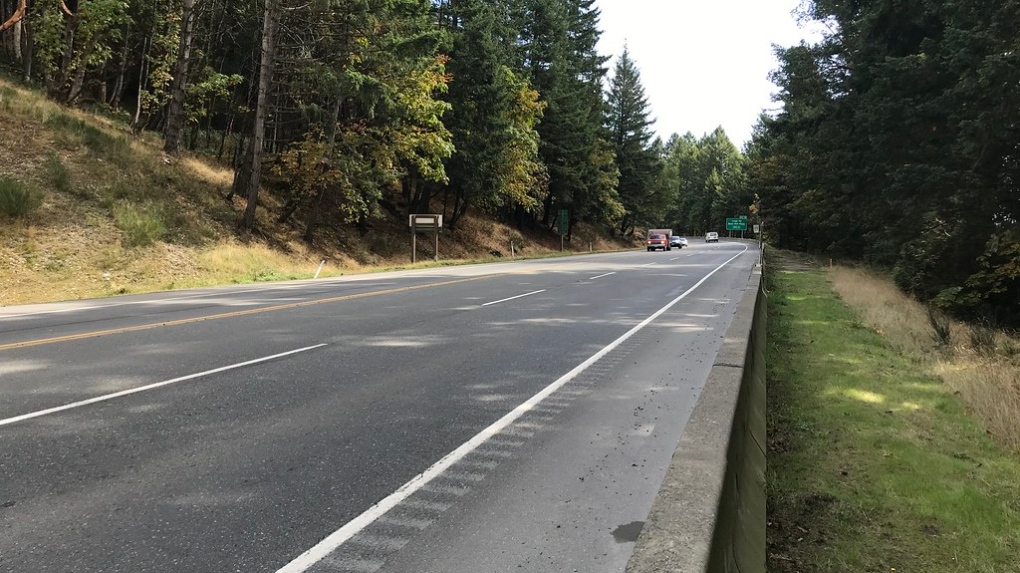 A stretch of Highway 1 slated for safety upgrades: (BC Gov)

Lane closures are expected along Highway 1 in the West Shore as construction on $9.1 million worth of road upgrades begins this weekend.

Starting on Sunday, Sept. 22, the province will begin daily and nightly lane closures on the Trans-Canada Highway between the Leigh Road Interchange and West Shore Parkway.

The safety upgrades will replace the 250 temporary reflective posts that were placed in the area earlier this year with a new concrete median barrier. The upgrades also include improved roadside protections and will widen the highway from three lanes to four between Leigh Road and West Shore Parkway.

During construction, the province says brief periodic stops will be required by commuters from 9 a.m. to 2:30 p.m. and 6 p.m. to 5:30 a.m., Monday through Friday.

During this time, no southbound lane closures are expected between 5:30 a.m. and 9 p.m. and no northbound closures are anticipated from 2:30 p.m. to 5 p.m.

The province is advising drivers that outside of peak traffic periods, from Sunday night to Friday morning, drivers should prepare for the southbound lane to close and crossover to the northbound side. This will allow crews to work on the southbound side unhindered.

The daily and nightly lane closures are designed to allow crews to clear soil and trees in the area and prepare the site for rock blasting, which is expected to begin in November. Meanwhile, construction of the new highway lane will also take place along the northbound highway shoulder, the province says.

Currently, the Ministry of Transportation and Infrastructure has not scheduled any construction in the area from Friday afternoon through Sunday evening. However, as construction progresses, the province warns that periods of weekend work activities might cause stoppages.

During these stops, travellers should expect delays of up to 20 minutes. Drivers are being reminded to use caution, follow the directions of traffic control personnel and obey the construction speed zone limit of 60 kilometres per hour while on this stretch of highway.

No end date for the project has been released, and construction is expected to continue well into 2020.

"Efforts are being taken to minimize the impact to motorists during peak traffic periods," said the ministry in a news release on Friday.