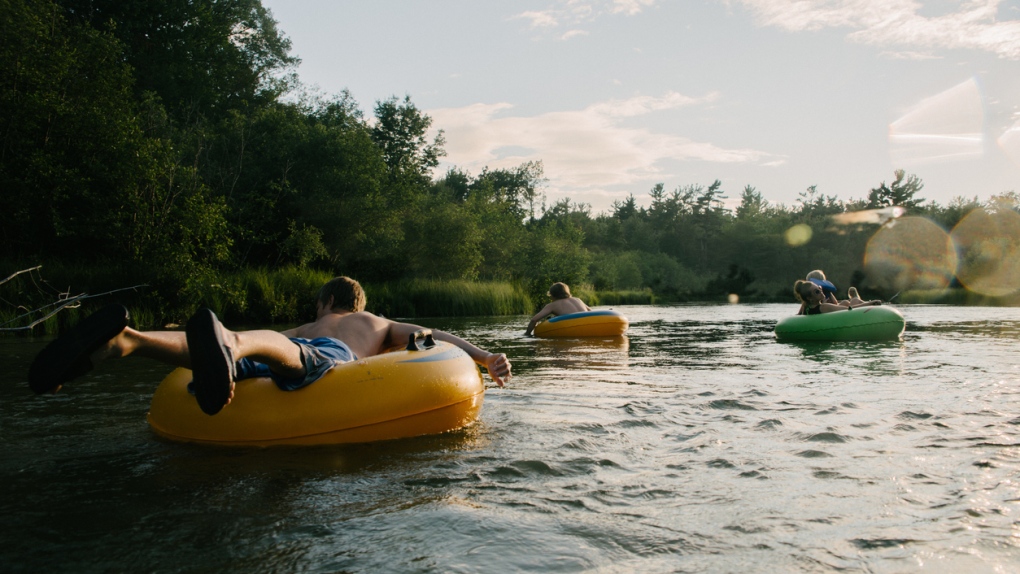 Lake Cowichan councillors are poised to vote in favour of banning tubing this summer due to COVID-19 at a council meeting Monday evening: (iStock)

VICTORIA -- A popular summer pastime in the Cowichan Valley will likely be deflated because of the global coronavirus pandemic.

Tubing on the Cowichan River near the town of Lake Cowichan will likely be banned after a council vote Monday evening.

He expects council will vote in favour of banning the summer activity.

On a hot day, Lake Cowichan’s population can swell by hundreds of tourists looking for a relaxing float on an inflatable inner tube.

Tubes routinely clog narrow sections of the river in town and would put people in a situation where physical distancing would be impossible.

Lake Cowichan councillors are considering an all-encompassing ban on tubing, which would include the pulling of business licences from two tubing-related operations.

Individuals bringing their own tubes would also be banned, according to the mayor.

He says that bylaw officers and RCMP members would be given the authority to educate and eventually fine people who are not respecting the closure.

New signage will also be erected at common access points to educate the public.