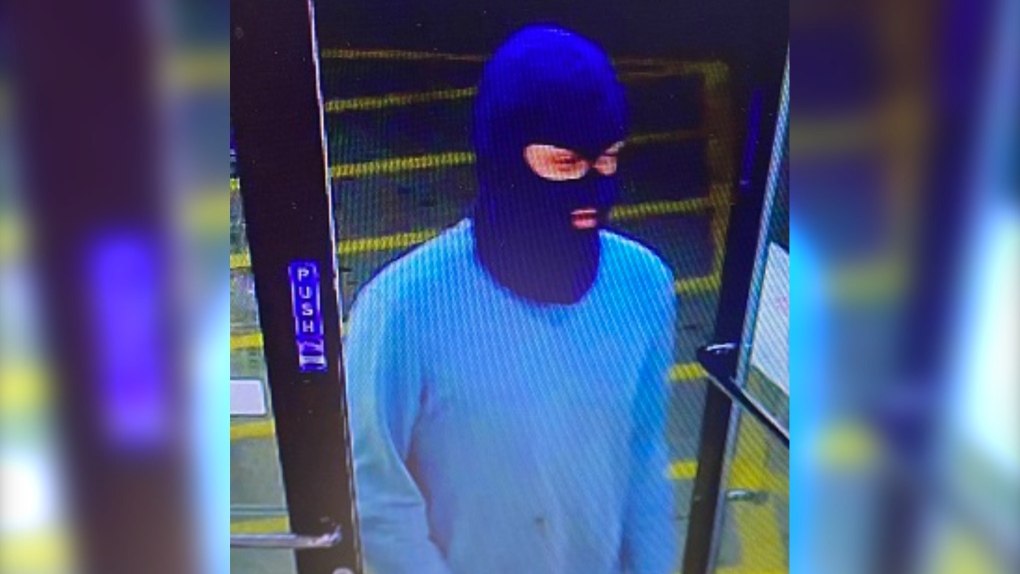 The robbery suspect was caught on surveillance footage on Nov. 27 at the 7-Eleven store at 4233 Redford Street in Port Alberni, B.C. (RCMP)

Mounties are investigating after a convenience store in Port Alberni, B.C., was twice robbed at knifepoint by the same man Sunday.

Investigators believe the perpetrator is the same man who also robbed the store exactly one week earlier.

The Port Alberni RCMP were called to the 7-Eleven on Redford Street and 10th Avenue at 3:25 p.m. Sunday after a man wearing a blue ski mask and brandishing a knife robbed the store.

The robber fled before police arrived, but the RCMP say the man's description and behaviour matched that of their suspect in a robbery at the same store on the night of Nov. 27.

Two hours later, police received a report that a man matching the same suspect description and carrying a knife tried to rob the King Edward Liquor Store on 3rd Avenue but was unsuccessful.

The masked man returned to the same 7-Eleven at 7:10 p.m. and again robbed the business and fled, police said.

"Fortunately, no one at the locations has been injured in these incidents however they are highly traumatizing, placing employees and the public at risk," the Port Alberni RCMP said in a release Monday.

"[The] Port Alberni detachment is investigating these incidents and seeking the public's assistance to identify the suspect through direct knowledge, dash camera or private video that may assist."

Anyone with information about the crimes is asked to contact the Port Alberni RCMP at 250-723-2424.