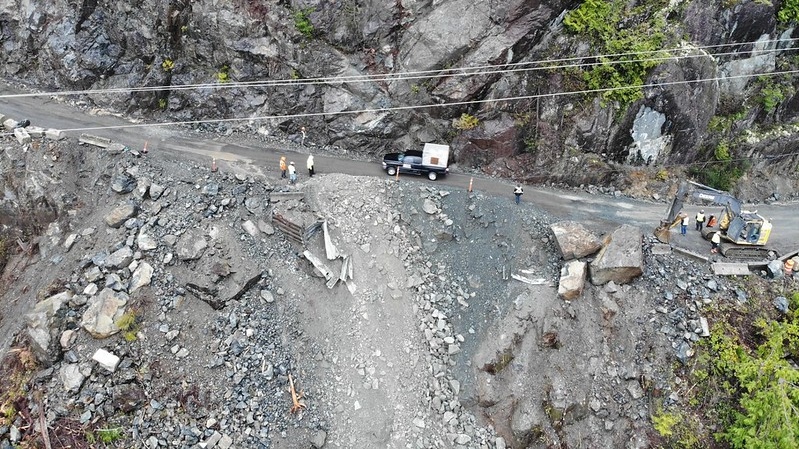 Crews continue intermittent closures on the highway while blasting work is expected to carry on for the next several months.

VICTORIA -- Frequent travellers between Port Alberni and the west coast of Vancouver Island are used to ongoing construction delays along Highway 4. Now, the B.C. government says those delays may stretch into 2021 as the Kennedy Hill improvement project drags on.

The B.C. Ministry of Transportation and Infrastructure says the road upgrades, which were scheduled to be complete this summer, are only 60 per cent done.

Construction at the site was hampered in January when blasting triggered a rockslide that damaged the highway and cut off access to the communities of Tofino and Ucluelet for days.

"Factors affecting the completion date include the fast-evolving COVID-19 pandemic, the need for more complex blasts due to variable rock, increased environmental protections and the repairs to Highway 4 resulting from blasting damage at the project site in January," the ministry said in a statement Thursday.

Prior to the COVID-19 outbreak, the ministry adjusted its completion date to sometime this winter. Now the province says it "acknowledges the possibility of more delays as a result of the developing situation with COVID-19."

Crews continue intermittent closures on the highway while blasting work is expected to carry on for the next several months.

The province says it will be adding cantilevered bridge structures and, eventually, a new rest area on the Kennedy Lake side of the highway.

The current budget for the construction work is $38.1 million, with about two-thirds paid by the province and one-third by the federal government.