Jordan River homes boarded up as BC Hydro finalizes buyout 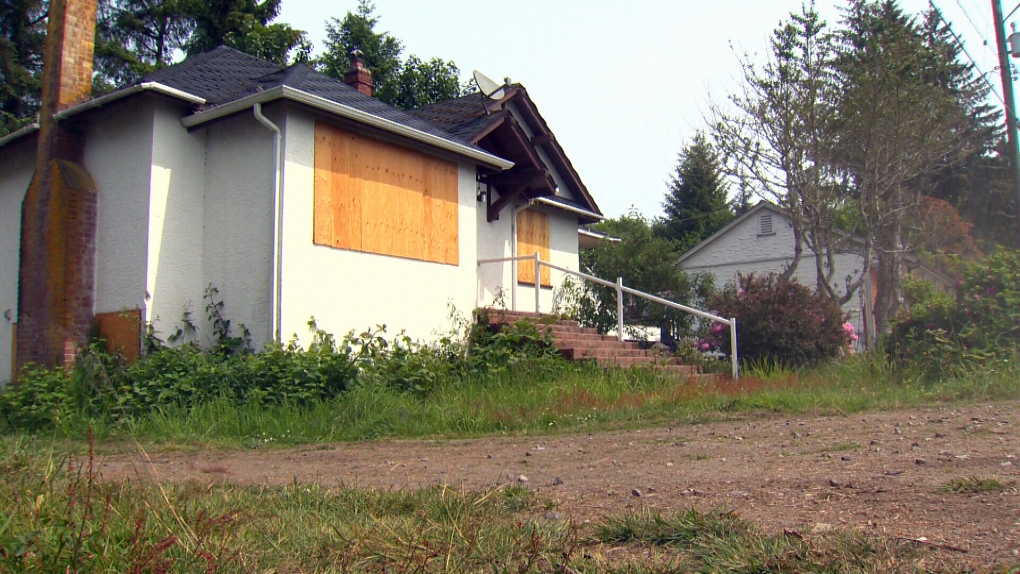 A boarded-up home is shown in the small hamlet town of Jordan River, B.C. BC Hydro is finalizing deals to buy out 10 properties in the hamlet. Wed., May 18, 2016. (CTV Vancouver Island)

Homes have been moved and windows boarded up as the existence of a tiny Vancouver Island town comes to an end.

Jordan River has slowly been dismantled as BC Hydro finalizes its purchase agreements with homeowners.

Nearly all property owners in the sleepy surf town have penned deals with BC Hydro after it discovered its dam above the community would fail in a massive earthquake.

Hydro conducted a six-year, $10-million seismic study of all its dams and found Jordan River’s was the most dangerous in the event of a major quake.

Along with buying homes, BC Hydro also purchased a 15-hectare swatch of flood zone near the townsite.

The CRD collected more than $3-million for that acquisition.

Most of the 10 homeowners who live in the hamlet are still finalizing their buyouts, but Hydro expects all will be moved out by the end of the year.

The logging operation will be allowed to stay while the fate of a coffee shop still hangs in the balance.

For those in the community and local government officials, the road to this point has been long and difficult.

“No one wanted this. This is the best of a bad situation, though,” said Mike Hicks, Capital Regional District Director for Juan De Fuca.

“I’d rather be doing an interview right now about losing the hamlets than saying, ‘What happened that we just lost 50 people?’”

The CRD will keep a large piece of park land near the town, including the surf area and the campsite.

Hydro is also responsible for installing an early warning alarm on the page.

One homeowner remains defiant, and hasn’t taken a buyout offer yet.

Hicks said he’s not sure whether BC Hydro will commemorate the community with a memorial or museum of sorts.

“I’d like to think the surfer’s beach is going to [stay],” said Hicks. “That’s the constant through this whole thing. People can come and go, but the natural beauty of Jordan River’s going to be there, preserved in the park we’ve created.”

“There’ll never be a residential settlement in the flats of Jordan River again.”