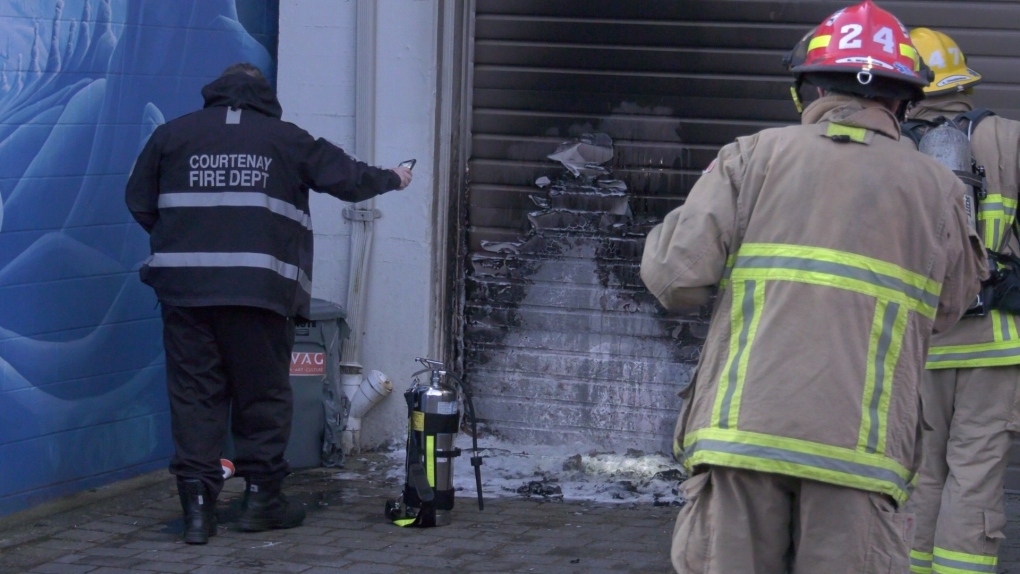 The fire was doused at the back of the Comox Valley Art Gallery early Thursday morning: (CTV News)

COURTENAY -- Crews from the Courtenay Fire Department responded to their 16th dumpster or trashcan fire since the beginning of the year on Thursday morning.

"It’s more scary than frustrating, we don’t know where it’s going to be," said Courtenay Fire Chief Don Bardonnex. "This one (was) right up against the building. This one, fortunately, it didn’t climb the wall."

Crews were initially called to a structure fire on Simms Street, which is an alleyway between 5th and 6th Street in the city’s downtown. The fire was found on the backside of the Comox Valley Art Gallery.

Bardonnex says because it’s an older wooden building, it could have been a serious issue. He’s concerned about these types of fires spreading "to structures and, the worst-case scenario, occupied structures."

Many of the fires have been in dumpsters. The ashes in this most recent case were next to a plastic garbage can. The RCMP have been called to try to investigate who might be responsible.

The fire was limited to an exterior loading door, but smoke did need to be ventilated from inside the building – which at one point in its history was actually the Courtenay Fire Hall.

Courtenay’s fire chief is asking the public to be on the lookout to assist in the growing list of occurrences.

"Just keep an eye out. If you see somebody hanging around doing stuff they shouldn’t be call, the RCMP, let them know what’s up," said Bardonnex.