VICTORIA -- The scene at Costco Wholesale in Langford Friday was aptly described by a shopper: "It’s insane," said Christina Hernandez as she hoisted loads of produce, proteins and, of course, toilet paper into her SUV.

Grocery stores across B.C. are in the midst of a shopping blitz as customers react, or possibly overreact, to announcements from provincial health officials regarding the COVID-19 pandemic.

On Friday morning, the lineup to pay at Langford’s Costco wrapped around the outer aisle of the large super-mart. Outside, in the parking lot, dozens of vehicles circled as drivers hoped to snag an elusive vacant spot.

"There are a lot of people who are frustrated," said Hernandez. The island shopper admits that many people were aggressively stalking the aisles, but added that as many people were acting in a civil and even helpful manner.

In Langford, Costco staff were limiting shoppers to two large packages of toilet paper each. 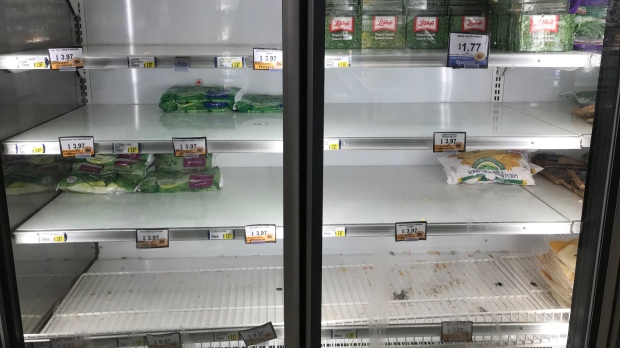 Shopping carts were jammed with provisions as islanders get caught up in what some experts are calling "panic buying."

"I suspect it’s really a need to try to feel some control in a context where we feel we have very little," said Toronto-based phycology professor, Steve Joordens.

Meanwhile, on Friday, B.C. Premier John Horgan asked for all British Columbians to remain calm while shopping and to come together to help support community health.

"Let’s be thoughtful and reflect on the consequences of people buying everything," said Premier John Horgan.

"What does that mean for the next person in line that needs that product?"

As shopping centres up and down the island face an onslaught of customers, some are concerned that packing aisles of grocery stores contradicts the idea of social distancing.

The concept of giving a wide berth between people is emerging as the top recommendation from health officials and politicians in Canada. 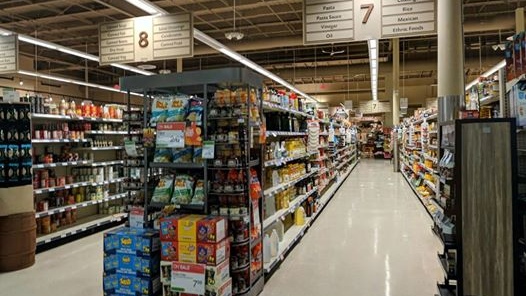 "Lots of food and no people," posted Ikonen.

"So if social distancing is your groove and flattening the curve is of interest to you...or maybe you like long line ups of coughing people...I dunno, but just a thought, if you can, to check out going shopping at different hours," she wrote.

Save-On-Foods announced Friday that internet traffic was causing problems with its online shopping services and website crashes were expected.

Meanwhile, Thrifty Foods’ online shopping page is also adorned with a disclaimer saying the company is experiencing a high volume of transactions and that performance might be impacted. It apologized for the inconvenience.

We’re experiencing extremely high web traffic and demand for online shopping at this time. If the website is temporarily down, please try again shortly. We apologize for the inconvenience. pic.twitter.com/IN2z8U8QuN