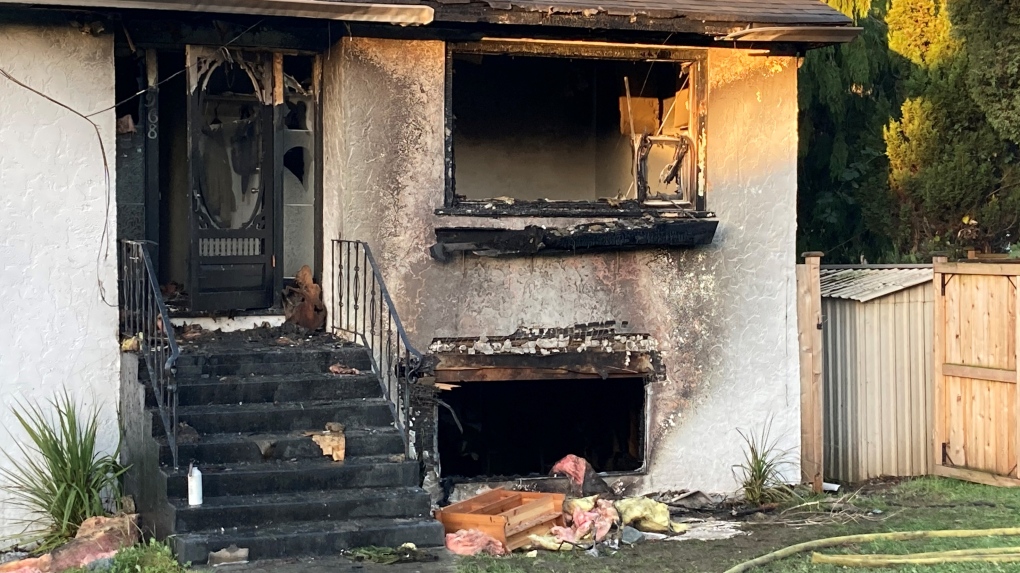 Firefighters were called to the blaze in a Walker Street duplex around 12:30 a.m. (CTV News)

One woman was taken to hospital with minor injuries Wednesday after an overnight fire in Vic West.

Firefighters were called to the blaze in a Walker Street duplex around 12:30 a.m.

The fire started in the lower suite of the building where the woman lives with her son.

Two brothers who live in the upstairs suite escaped uninjured.

"[I] woke up in the middle of the night, my room was already pretty smoky," said one of the brothers, Isaac Justesen.

"I could see a couple of orange flames out the window that were coming up out of her window – the lower window – and so I just went to go grab my brother and we ran out of the house," he said. "It's crazy how fast things happen."

Both suites were significantly damaged by the smoke and flames.

Fire investigators were expected to return to the scene Wednesday afternoon to assess the cause of the fire.

The four residents of the duplex are being supported by emergency services, according to the fire department.