'It's a drain on the charity': Record-high fuel prices expected to impact Vancouver Island charities

With the cost of fuel sitting at an average of 229.9 cents a litre in Greater Victoria on Wednesday, volunteer-based charities could soon feel the pinch.

The Victoria-based charity helps thousands of people throughout the year – but what the charity is seeing now is unprecedented.

"We have other charities coming forward asking for more help," said Hewitt.

With Canada’s inflation rate hitting 6.8 per cent in April, Hewitt says the need for help in the community is at levels never seen before.

"What do you trade off, filling the tank or feeding your family?" said Hewitt. 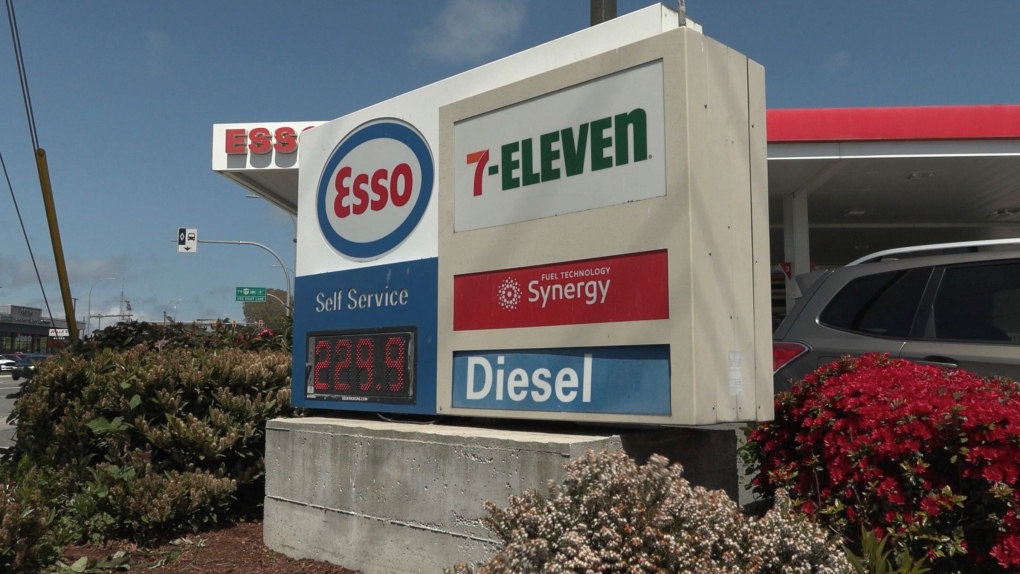 There's concerns that the cost of filling a tank could cause the hundreds of volunteers that work at local charities to stay home.

"We could see an impact in volunteerism because it’s too expensive to drive," said Hewitt.

Organizations that rely on personal vehicles say they could soon feel the pinch of rising fuel costs.

The Cancer Drive Line Society is a volunteer-based organization that provides transportation to and from any cancer related appointment from Sooke to Sidney to Victoria.

"I think that we’ll start to see an impact," said Nykyel.

So far, no volunteers have stopped driving due to the record-high fuel costs.

The drivers do get reimbursed on a mileage basis, but generally around 60 per cent of those drivers donate the money back to the organization, says Nykyel.

With the majority of the charity's drivers being retired and on a fixed income, Nykyel expects the rising cost at the pump will persuade many of them to put that money back into their tanks.

POTENTIAL IMPACTS ON THE HORIZON

"There are many different types of organizations that require volunteers to drive to complete their duties," said Lisa Mort-Putland, executive director of Volunteer Victoria.

From medical drive services to food banks and thrift stores, all will be impacted. But, Mort-Putland says it's too early to tell when that impact will be felt.

"So the gas prices haven’t had an impact just yet but there’s no question if they continue to head in this direction, we’ll see volunteers that can’t afford to drive and absorb the costs themselves," said the executive director.

The question now is, when will these volunteer groups feel the consequences?