'It came in straight through the master bedroom': Transport truck slams into home in Nanoose Bay, B.C.

'It came in straight through the master bedroom': Transport truck slams into home in Nanoose Bay, B.C.

Despite a transport truck plowing through her home, a Nanoose Bay, B.C., woman says she is fortunate nobody was inside the structure when the incident happened Monday afternoon.

Sarah Stoneman had just left her home in the 2400-block of Island Highway to walk over to her grandparents' property next door when she heard a loud crash behind her.

"I was a little bit in shock. I had just stepped next door to grab something and then I heard a big bang and went over," she said. "I was very confused and I was really grateful that I wasn’t inside, that no one was inside."

Stoneman says the truck came through the left side of the home, which is owned by her aunt, before coming to a rest deep inside the building.

"It came in straight through the master bedroom and collapsed the floor. The cab was suspended above the basement. Luckily one of the tenants who lives down there was on a flight back home and the other one was just at work – very fortunate that no one was down there," she said. 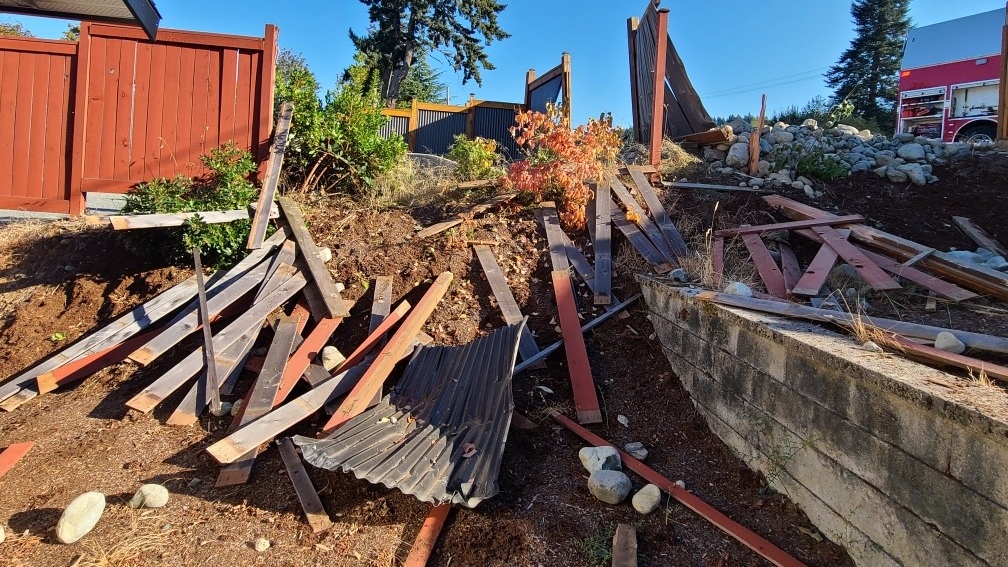 Traffic heading north on Highway 19 slowed to a crawl Monday afternoon after a semi-truck drove through this fence and then into a home near Nanoose Bay, B.C. (Marcy Lunn)

The big rig just narrowly missed hitting a home owned by Marcy Lunn, whose daughter was in bed with a newborn baby at the time.

"It’s been pretty messy and pretty traumatizing for us for sure," Lunn said.

"Her whole place shook and I was out walking the dog and all I could hear was this huge bang," she said. "I just came running and I could hear my daughter screaming my name -- 'Mom, mom, mom!' with her baby on her hip and then the frickin truck backfired and I was, ‘Get inside, get away from the truck!'"

Lunn says she’s grateful everyone is alive and safe.

It is not clear whether the driver suffered a medical issue or if there was a mechanical problem with the truck.

Stoneman says the driver was trapped inside the rig before firefighters could get him out.

The driver was airlifted to hospital in Vancouver but according to Oceanside RCMP he did not suffer any serious injuries from the crash.

Police say while the cause of the crash is still under investigation, early indications are that a medical event may have contributed to the collision. 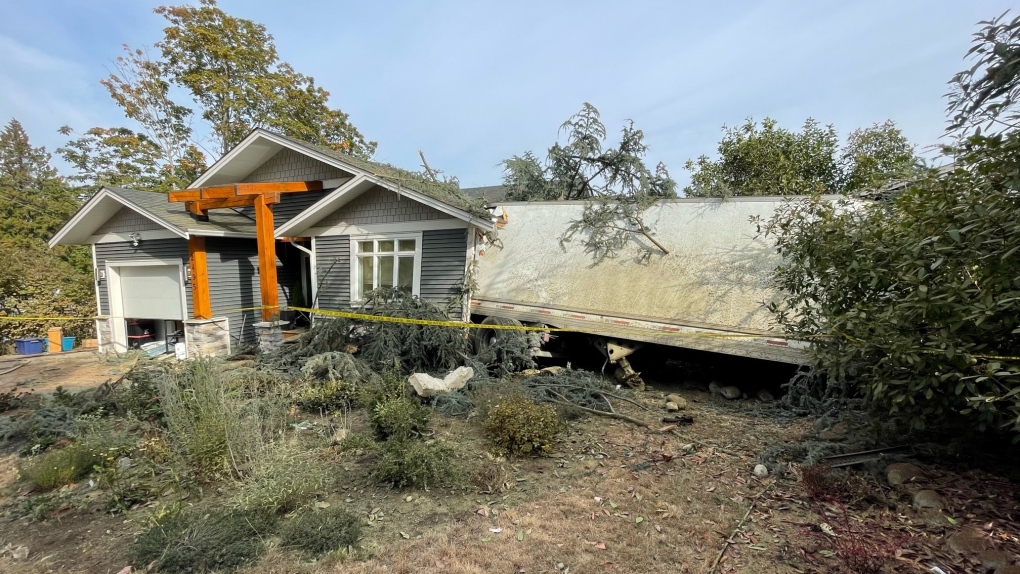 The incident caused massive backups for northbound traffic for at least nine hours.

The truck and its trailer, which is owned by Coastal Pacific Xpress out of Surrey, B.C., remained inside the home Tuesday morning and according to a neighbour is leaking diesel fuel into the residence.

Crews are expected back on the property Tuesday to try to remove the vehicle and assess the structural integrity of the home. 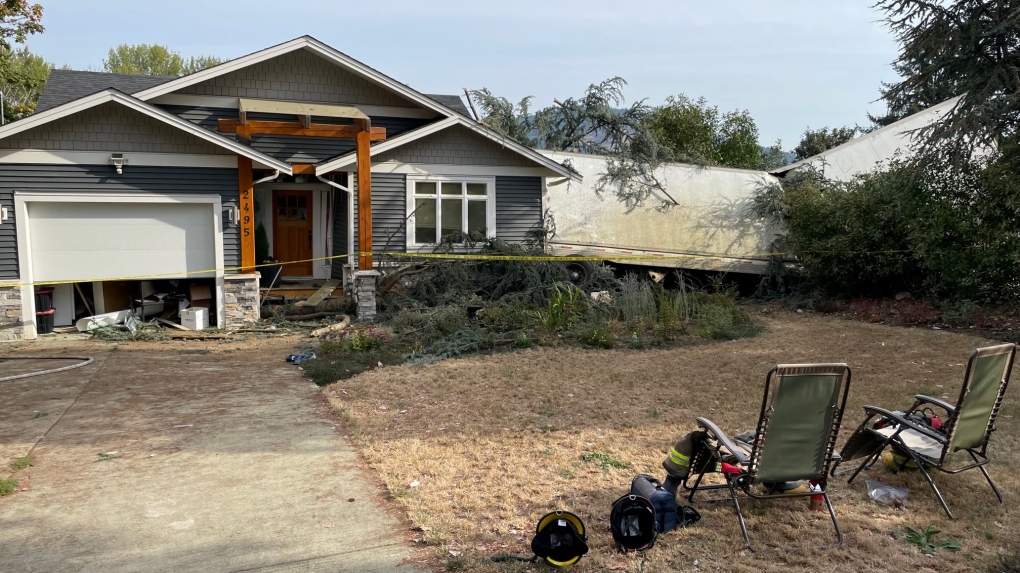 FBI Director Chris Wray is raising national security concerns about TikTok, warning Friday that control of the popular video sharing app is in the hands of a Chinese government "that doesn't share our values."

Myanmar's military-installed government has sentenced more critics to death, bringing the total to 139, and is using capital punishment as a tool to crush opposition, the UN high commissioner for human rights said Friday.

Prince William capped a three-day visit to Boston by meeting with President Joe Biden to share his vision for safeguarding the environment before attending a gala event Friday evening where he sounded an optimistic tone about solving the world's environmental problems through "hope, optimism and urgency."

Pentagon debuts its new stealth bomber, the B-21 Raider

America's newest nuclear stealth bomber made its debut Friday after years of secret development and as part of the Pentagon's answer to rising concerns over a future conflict with China.