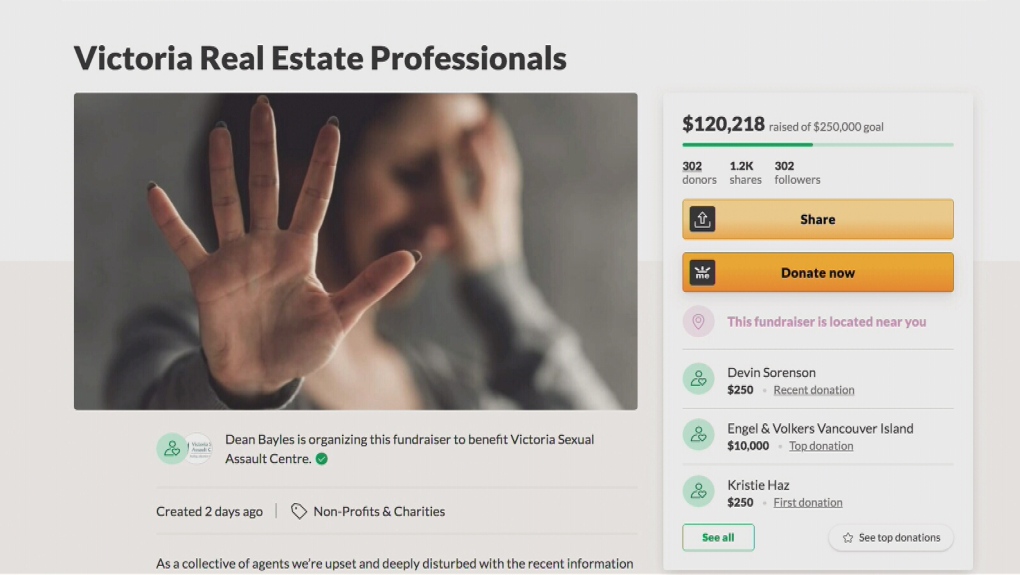 A GoFundMe page has raised nearly half of its $250,000 goal in just two days.

A statement on the fundraising page says, "as a collective of agents we’re upset and deeply disturbed with the recent information that has become public. We’d like to show our support for the women of Victoria that are dealing with the heavy burden of being sexually abused."

The Victoria Sexual Assault Centre says the allegations against the three realtors are troubling.

"Hearing the story of the women who have been sexually assaulted is horrifying. Its' absolutely terrible, what’s happened to them," said Carissa Ropponen, manager of resource development and communications for the VSAC.

The funding through this initiative will go a long way to help support the victims of sexualized violence, according to the centre.

"In the fall, our crisis counselling ended up having a four-month-long waitlist," said Ropponen. "(But) because of donations, because of grants and support from the community, we were able to fundraise last year and drop that waitlist down and see survivors immediately."

If you are a victim of sexual violence or would like to learn more about the centre, you can call 250-383-3232 or visit vsac.ca.

If you would like to make a donation to the Victoria Sexual assault Centre, you can do that here.