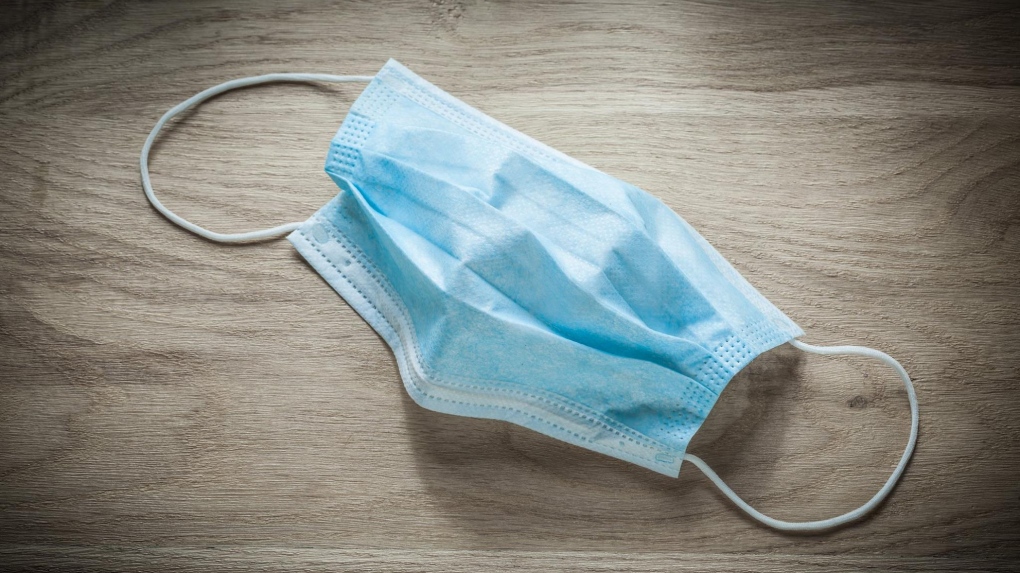 A disposable face mask is seen in this file photo from Island Health. (Island Health/Facebook)

The overall number of people with COVID-19 in B.C. hospitals continued to decline this week, but on Vancouver Island and in the province's north, the trend was reversed.

Island Health saw five more people in hospital with COVID-19 on Thursday (62) than it had at the same time the previous week (57), and Northern Health's hospital census grew by seven (from 4 to 11). 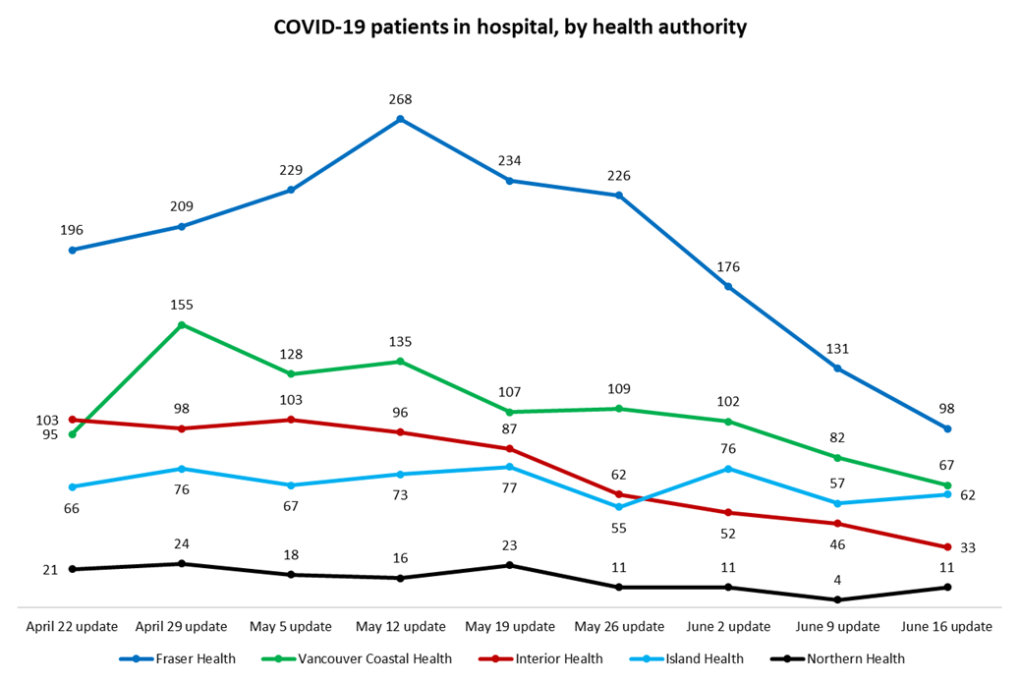 This graph shows the number of test-positive COVID-19 patients in B.C. hospitals by health authority on Thursdays from April 22 to June 16. While most health authorities have seen a decline in that time, Island Health's numbers have remained fairly consistent.

The total number of coronavirus patients in B.C. hospitals has been declining for weeks. On Thursday, it dropped to 276, the second-lowest it's been on a Thursday since the start of the year.

Over the last three weeks, much of the decline has been driven by the province's two largest health authorities, Fraser Health and Vancouver Coastal Health.

Fraser Health saw its test-positive patient total drop below 100 to 98 on Thursday, and Vancouver Coastal Health's total dropped to 67, just five more than Island Health despite one-and-a-half times the population.

Interior Health – which has a population roughly equivalent to Island Health's – has also seen a significant decline in hospitalizations in recent weeks. The Interior's hospital census dropped from 46 on June 9 to 33 on Thursday, continuing six straight weeks of declines.

Since May 5, Interior Health has seen its hospitalizations drop by 68 per cent (from 103 to 33), while Island Health's total has declined by just 7 per cent in the same time period (from 67 to 62).

All of the hospitalization figures released by the B.C. Centre for Disease Control reflect "hospital census" totals, meaning they include people who test positive for COVID-19 incidentally while hospitalized for something else, as well as those who have serious cases of COVID requiring hospitalization.

Hospitalizations are generally a lagging indicator of coronavirus transmission, which means they start to increase or decrease a week or more after infection totals.

Given B.C.'s limited testing for COVID-19, it's impossible to know exactly how many people in each health authority have the disease at any given time.

Looking at the cases B.C. does track – namely those confirmed through lab testing, which is offered only to people with symptoms in a handful of specific settings where a positive result will affect treatment plans – it's clear that cases have been declining everywhere in recent weeks.

Notably, however, they've been declining faster in Interior Health than they have in Island Health, just like hospitalizations. 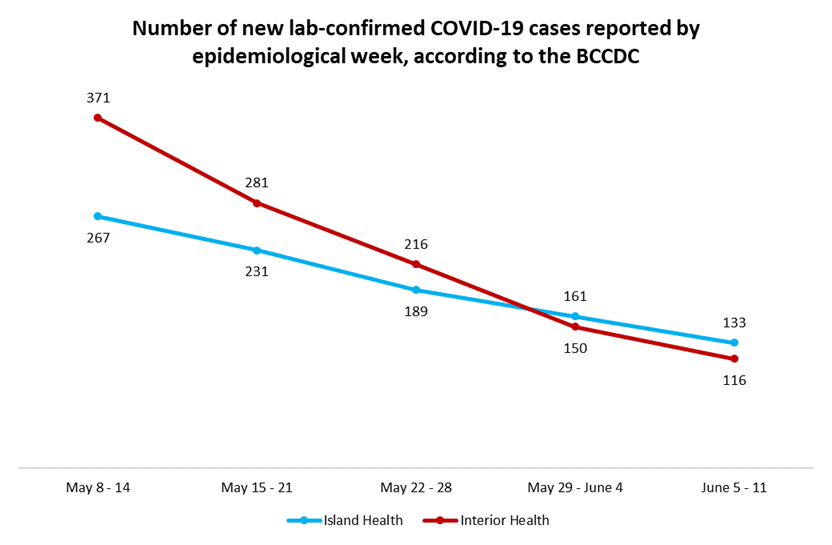 This graph shows the number of new cases of COVID-19 reported by the B.C. Centre for Disease Control in Island Health and Interior Health each week since May 8, 2022. (CTV)

Of course, case rates are not the only thing that affects hospitalization totals. Factors including age, vaccination status, severity of illness and length of hospital stay also play a role in determining the numbers the BCCDC releases each week.

For at least the last several weeks, however, Island Health – and to a lesser extent Northern Health – have been outliers relative to the overall provincial trend.

Public Safety Minister Marco Mendicino is defending the RCMP’s yearslong and undisclosed use of spyware capable of accessing cell phone and computer microphones, cameras and other data as part of dozens of major investigations. Testifying before a parliamentary committee on Monday, Mendicino said the national police force's use of these tools has only be permitted in 'the most serious offences.'

Saskatoon woman who had been reported missing facing charges in U.S., Canada

Saskatoon police say a woman who had been reported missing is facing charges in the United States related to unauthorized use of identification and in Canada related to parental abduction and public mischief.

A suspect already in handcuffs has allegedly managed to overpower a Toronto police officer and steal their SUV, sending police on a wild early morning chase.

EXPLAINED | What is a 'zombie fire?' Experts describe the cause and concerns

Authorities in the Northwest Territories are monitoring a large 'zombie fire' that flared back up following last wildfire season after smouldering underground during the winter months.

No damage reported after 4.6 magnitude earthquake off Vancouver Island

A 4.6 magnitude earthquake has struck off the coast of Vancouver Island.

Housing correction in Toronto could end up becoming 'one of the deepest of the past half a century,' RBC warns

A housing correction which has already led to four consecutive months of price declines in the previously overheated Greater Toronto Area market could end up becoming 'one of the deepest of the past half a century,' a new report from RBC warns.