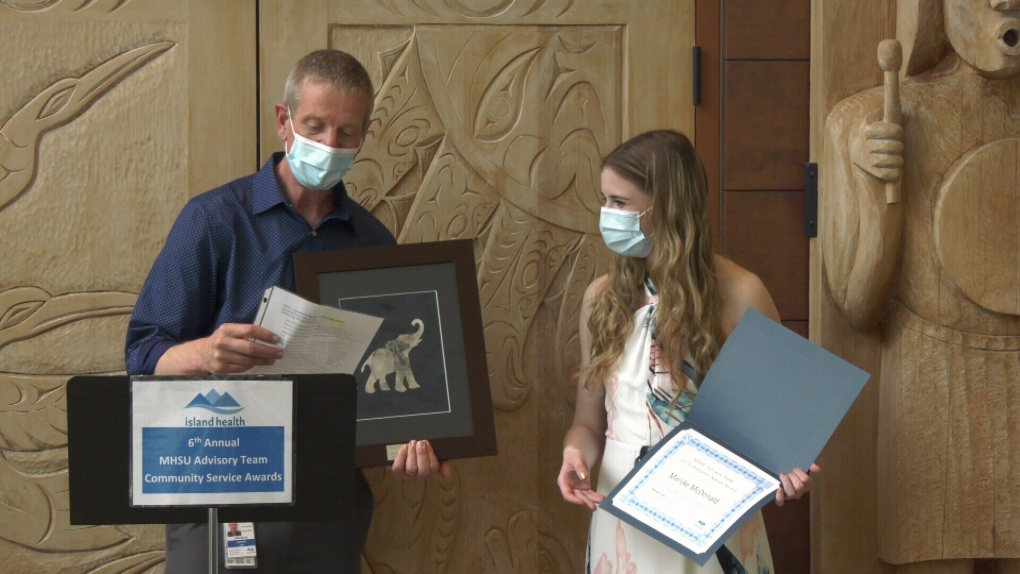 Marjike McDonald (right) is one of this year's recipients of the Island Health Mental Health and Substance Use Community Service Awards. (CTV News)

In recognition of Mental Health Week, a pair of Vancouver Islanders are receiving awards for their efforts to combat the stigma surrounding mental health while inspiring others in the field.

Marjike McDonald and Cameron Webster are the winners of Island Health’s Mental Health and Substance Use Community Service Awards for 2022.

Macdonald is being recognised for her work in creating Home Is Where The Heart Is, a charitable foundation aimed at raising awareness for the homelessness crisis in Victoria.

The foundation ran an initiative that donated 50 backpacks full of supplies to people living on the streets.

"I would love for it to be a lifelong passion project," said McDonald.

Webster was awarded for his participation in the documentary Follow My Brain which chronicles his journey from diagnosis to recovery from schizoaffective disorder.

Now he works as a peer support worker on the early psychosis intervention team, which previously helped him. 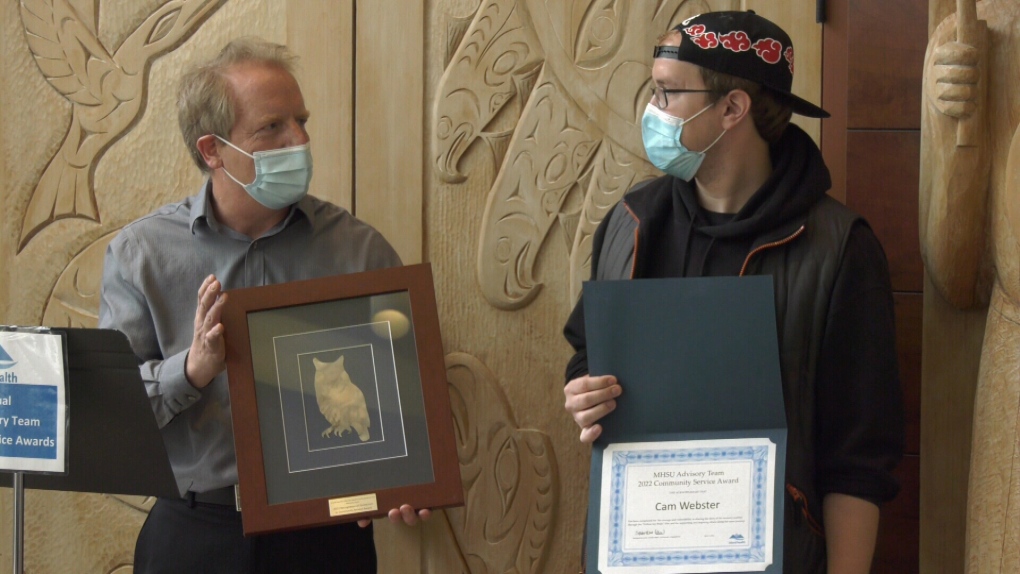 Cameron Webster (right) is one of this year's recipients of the Island Health Mental Health and Substance Use Community Service Awards. (CTV News)

"Full circle moment," he said. "It’s amazing to be able to help out and it doesn’t feel like work. I truly enjoy what I get to do."

"Recovery is not only possible but expected with psychosis," Webster added.

"It’s a difficult thing. Without a doubt it’s the hardest experience I’ve had to go through in my life, but having gone through it, it gave me some lessons, made me a better person, and now I feel happier than I ever have."

The awards were presented by the MHSU South Island Advisory Committee at the Royal Jubilee Hospital on Tuesday afternoon.