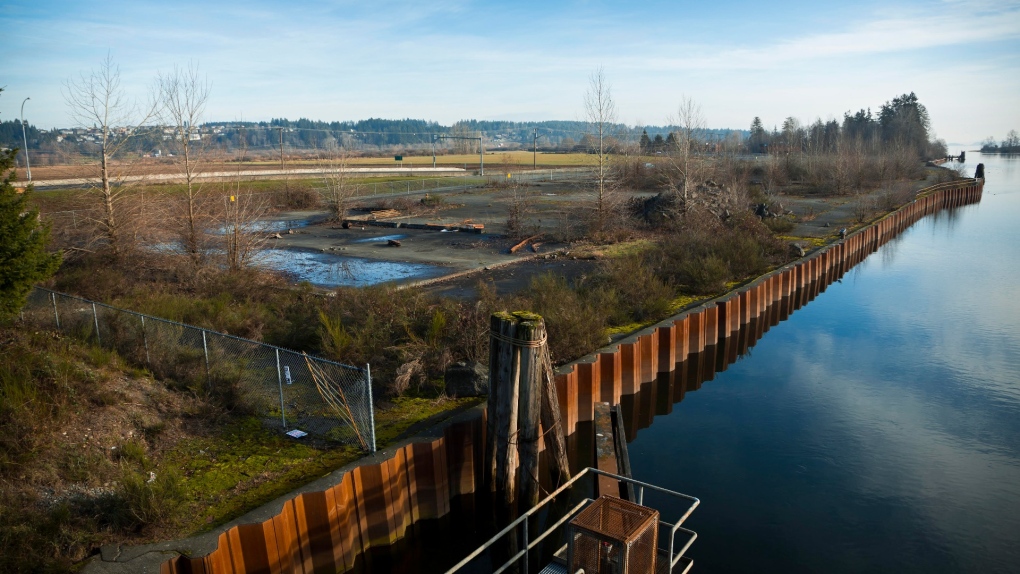 VANCOUVER -- A Vancouver Island First Nation and a nearby city have reached a significant milestone in their efforts to acquire, protect and restore a culturally significant site that was once a sawmill.

According to a news release, Project Watershed will now hold the land in trust for the K’ómoks First Nation and the City of Courtenay, while the two groups work out the details of a co-ownership agreement for the site.

Once such an agreement is reached, Project Watershed will transfer ownership of the property to the city and the nation, while remaining as the manager of the site, overseeing efforts to remove a vacant office building from the property and restore the K’ómoks Estuary.

“The Kus-kus-sum site has strong cultural significance to K'ómoks First Nation," said the nation's chief Nicole Rempel in the news release. "At the time of contact and settlement, there were tree burials on the Dyke Road side of the river just downstream of the former Fields Sawmill."

"While there is some documentation of these burials in various writings and oral history, they are not extensively documented, and may have been extensive along the lower part of the river and surrounding this old K'ómoks village site area," Rempel added.

A significant financial contribution from the provincial government in late 2020 made the land acquisition possible, according to the news release.

The province contributed a total of $1.65 million to the effort, and additional funding came from the Fish and Wildlife Compensation Program, the Blue Moon Fund, the Ngan-Page Family Fund, and hundreds of other organizations and individuals.

More than $1 million in funding for the restoration effort has already been secured, with the Real Estate Foundation of BC and Watersheds BC, with financial support from the Province of British Columbia, contributing $700,000, the Fish and Wildlife Compensation Program contributing $300,000 and the Pacific Salmon Foundation contributing $20,000.

Funding applications for more than $2 million have also been submitted.

“This is about much more than acquiring a parcel of land for ecological restoration,” said Courtenay Mayor Bob Wells in the release. “The City of Courtenay understands the cultural and historical significance of this site, and it has been deeply meaningful to participate in the strengthening of our relationship with K’ómoks First Nation and practice reconciliation."

More information about the acquisition and restoration project can be found on its website.