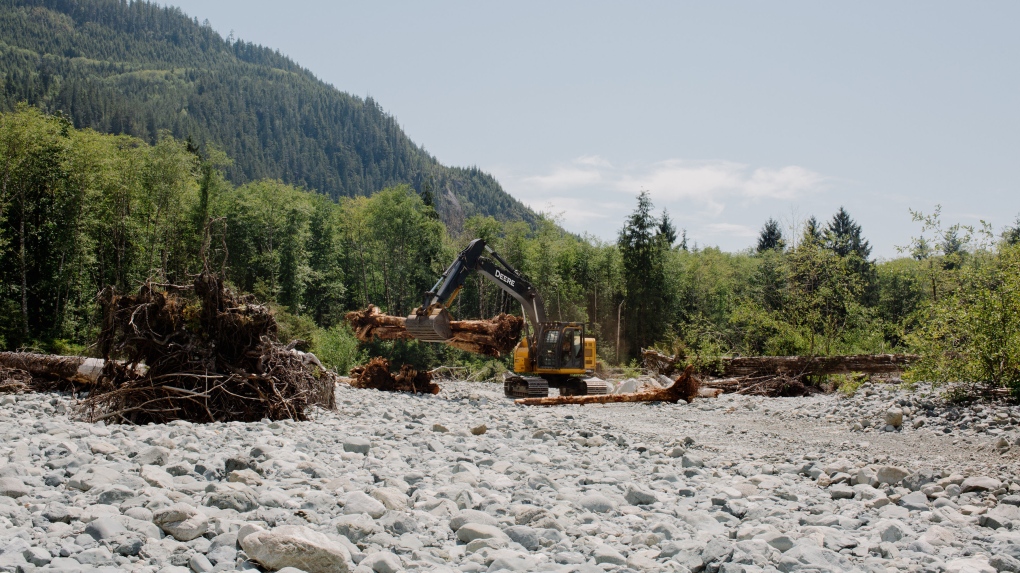 VICTORIA -- An island environmental group is asking for more than 1,000 logs to help improve the health of a salmon-bearing stream.

The Central Westcoast Forest Society (CWFS) says it needs the logs, with their root wads still attached, to rehabilitate Tranquil River and its watershed following damage from decades of logging. The logs will help restore the riverbanks and give the fish in the creek a better chance of survival.

The Tranquil River watershed is located 20 kilometres east of Tofino within Clayoquot Sound. The creek supports a range of salmon, including Chinook, Chum, Coho, Steelhead and Cutthroat Trout.

The group says that Clayoquot Sound salmon returns are at an all-time low and that the need to make improvements is urgent.

"The watershed was logged in the late 1960's and with that, 90 per cent of the forest was removed," said Jessica Hutchinson, CWFS executive director. "So, all the old growth trees that use to hold this river together are gone."

"So since that time, the river that used to be narrow and deep and have deep pools and lots of complexity is more similar to a four lane highway with a shallow skimming of water on top," she said.

"So what we're trying to do is put that complexity back, bring back that pool habitat, and we do that by designing engineered log jammed structures."

The engineered log jams will allow the riverbanks to rebuild and create deep, cool pools for young juvenile salmon, and increase the chance of survival for returning spawning salmon.

The Central Westcoast Forest Society has been active since 1995, and the group says it has used this method in other streams to great success, seeing good returns in 2019 in a number of streams they restored.

During the same time period in 2019, only 64 Chinook salmon returned to Tranquil River, which is why the waterway is the group's primary focus for 2020.

With the number of logs required for the river restoration project, the group is hoping a developer in Tonifo, Ucluelet, Port Alberni and if needed, as far as Nanaimo, will be able to help them out.

Hutchinson says that the group has received some calls for one or two trees, and that it appreciates the gesture, but that the cost of managing smaller batches of logs is often inhibiting.

The Central Westcoast Forest Society says it plans to begin work in June.