VICTORIA -- Investigators say a massive grass fire Tuesday in the hills above View Royal was likely caused by human activity. 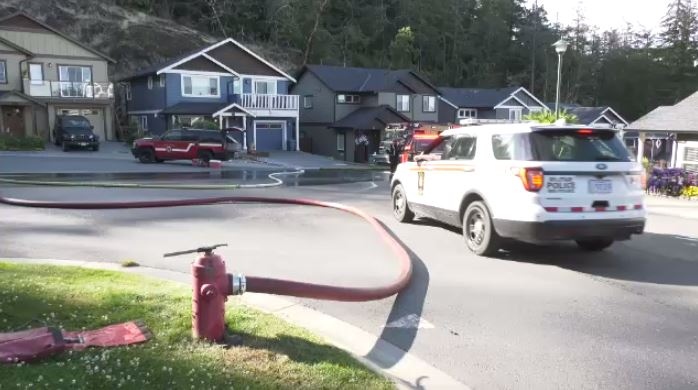 The B.C. Wildfire Service estimates the fire covered about two hectares of grassland next to the Trans-Canada Highway.

Firefighters say the blaze came within 200 metres of the nearest home as high winds helped feed the flames.

There were no evacuation orders for the area as Langford assistant fire chief Lance Caven said firefighters were confident they could get the blaze under control.

Three helicopters and at least one air tanker were seen making multiple runs over the flames Tuesday night, dropping fire retardant to protect nearby homes and properties.

"Early on we realized it was a large fire burning," said Caven. "So we called for lots of resources."

Fighting the fire was literally an uphill battle as crews hauled hundreds of metres of hose and equipment up the steep terrain on foot. 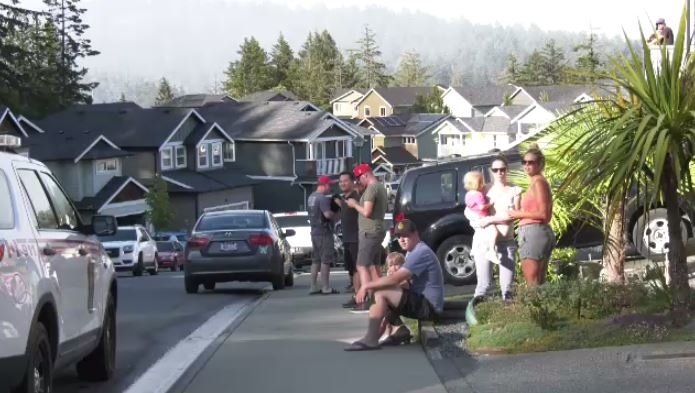 Fire crews also put structure protection units – sprinklers, hoses and pumps – in place to protect homes down the hill from the flames in case the fire breached their containment.

Smoke from the blaze could be seen across much of the South Island region Tuesday night.

Firefighters are expected to remain on scene for days to monitor and extinguish any hotspots.