VICTORIA -- A barge filled with wood chips tipped in the waters between Salt Spring Island and Pender Island Wednesday morning.

The barge was being pulled by a Seaspan tugboat when it lost much of its load near the Otter Bay ferry terminal around 1:30 a.m.

"[There's] a lot of wood chips in the water," said Ian Hinkle, a witness who took his own boat over to the scene shortly after 7 a.m. to ensure the tugboat captain was unhurt. "Luckily they are just wood chips. “

"As this is not a hydrocarbon pollution event, Coast Guard has been made aware of the incident but is not taking any action," said Coast Guard spokesperson Michelle Imbeau. 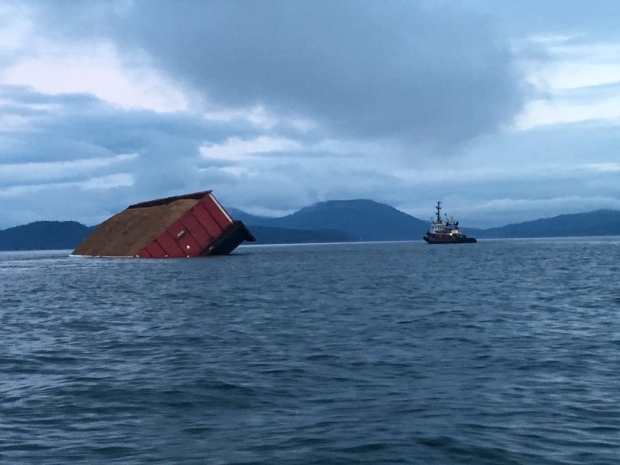 By 10 a.m., the barge had returned to a near-upright position, according to a statement from Seaspan.

The company is investigating the incident and has notified Transport Canada and the Transportation Safety Board.

Hinkle said the accident was "really surprising to see" given how calm the waters were.