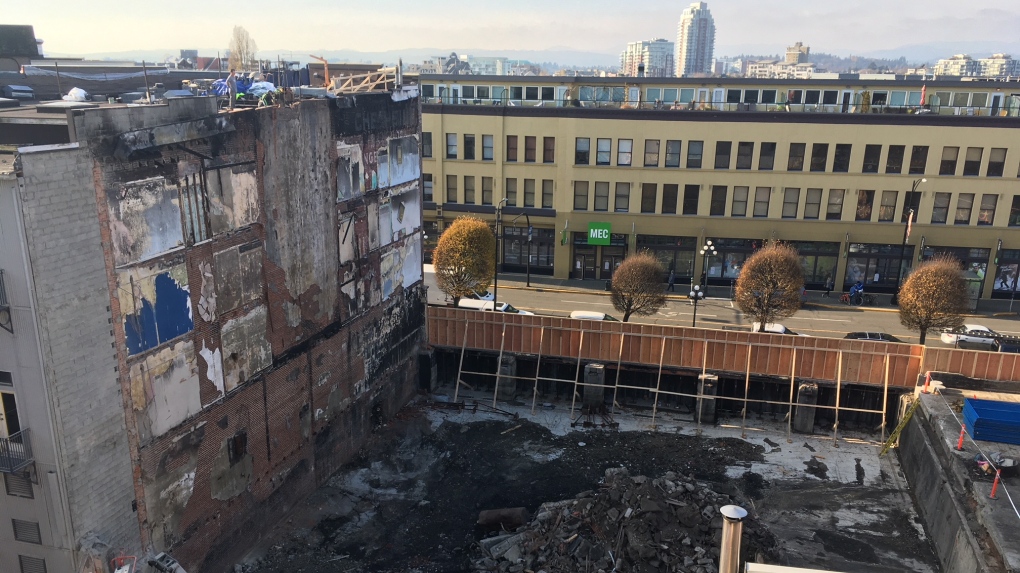 The historic Plaza Hotel building dramatically burnt to the ground on May 6: Nov. 22, 2019 (CTV News)

VICTORIA - The scarred site where the former Plaza Hotel sat in downtown Victoria will likely become a hotel again, according to the site developer.

The historic, and largely vacant, building was destroyed when flames devoured much of the structure on May 6. No one was inside at the time of the blaze but the building’s caretaker, Mike Draeger, has been missing since the fire.

According to the building's developer, Mike Askew, the future of the empty site in the heart of downtown Victoria will likely be a hotel.

“It would be franchised,” Askew told CTV Vancouver Island. “There are numerous hotel franchises that are pursuing the downtown site — international brands.”

Since the fire, crews have been working for months to demolish the remaining walls and debris which still line the corner lot located on Government St. Work has had to be done carefully because of the property's historic building designation. Some parts of the structure have been saved and will be reincorporated into new designs.

Once cleanup began, demolition work was expected to last until Christmas. However Askew says cleanup efforts are a month ahead of schedule.

“We’ve been working hard to clean up the site, and make it look somewhat presentable," said Askew.

The City of Victoria has yet to receive a development plan for the site. Askew says plans are expected to be handed over within the next few months.

Seven months after the powerful blaze, the whereabouts of Mike Draeger, the buildings long time caretaker, are still unknown.

Police have declared the Plaza Hotel fire an arson, and in a rare move are conducting a missing person investigation in connection to the fire.

CTV Vancouver Island has reached out for an update on the investigation and is awaiting a response from VicPD.