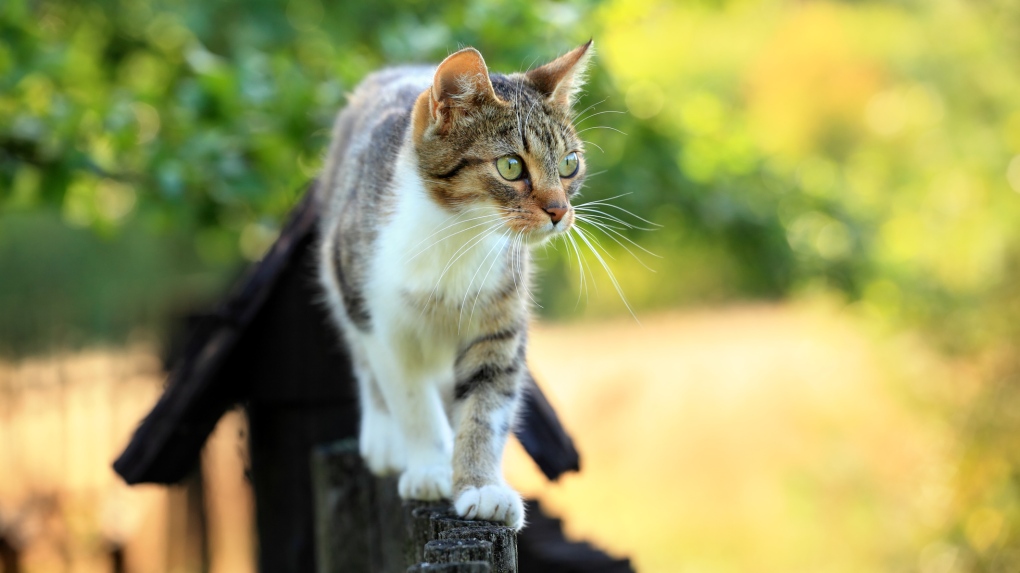 A Victoria cat owner is facing a $150 fine since their curious cat keeps scoping out their neighbour's chicken coop.

"According to the complainant, there's a cat that's visiting their property on a fairly regular basis that seems to be interested in the chickens they have in their chicken coop," he said.

"Of course, the complainant is concerned for the safety of their chickens and called us as a result."

Fraser says the cat has been reported near the chicken coop three times. After the first time, the cat was picked up by animal control and brought to the pound before it was collected by its owner.

After the third time, the owner received a $150 fine for the trespassing cat.

Fraser says while the situation can appear harmless, Victoria Animal Control gets weekly calls about wayward cats causing a disturbance.

"It's not just necessarily chickens," he said. "Cats come on to other properties and fight with [other] cats, they'll go into somebody's kitchen through a cat door and chow down on somebody else's cat food right out of their bowl."

"So there's lots of issues that trespassing cats do create," he said.

Fraser noted that on Thursday morning he received a call about cats entering someone's yard and attacking birds at their birdfeeder.

The animal control officer says if this cat keeps entering its neighbour's backyard, its owner could face more fines or a cat trap could be placed and the cat would need to be collected from the pound for a fee.

Fines for trespassing cats do not increase with each offence, Fraser says.

He adds that Victoria animal control only seeks out cats if there is a complaint.