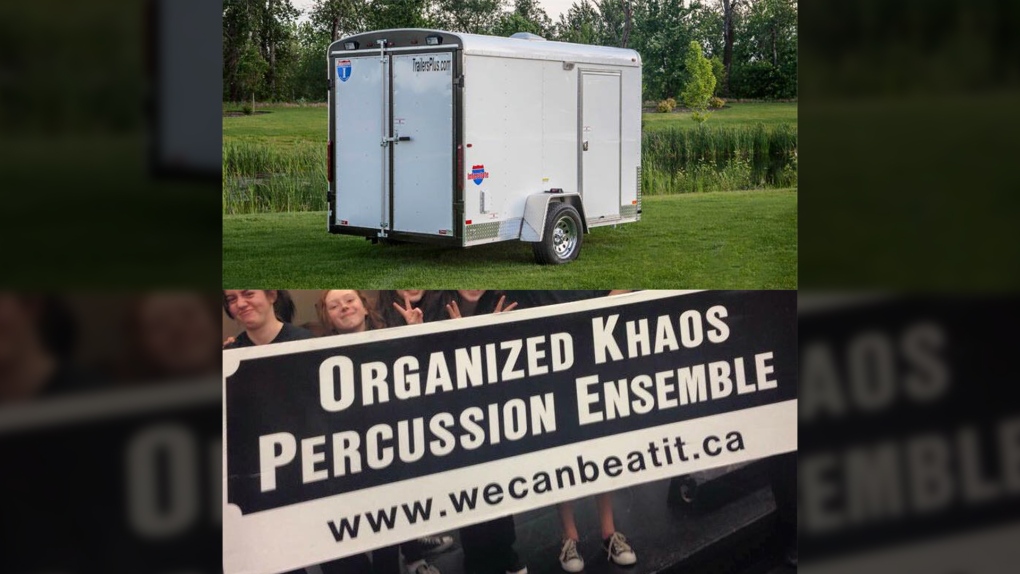 Members of a percussion band that raises money for leukemia research are heartbroken after a trailer full of instruments was stolen in Langford. July 7, 2016. (Facebook/Organized Khaos Percussion Ensemble)

Members of a percussion band that raises money for leukemia research are heartbroken after a trailer full of instruments was stolen from under their noses earlier this week.

“We had drums in there, we had a large, very extensive bass drum, other drums, garbage cans and buckets, because we’re a very Stomp-influenced group,” Fiorin told CTV News.

“Most people would open the door and be like, ‘wow, that’s a lot of junk,’ but for us, that’s our instruments.”

The heartless theft happened just days before the group was slated to play in Victoria’s Pride parade Sunday, and a number of signs and decorations the group made for the event were also stolen.

“We’re still going to play, we’re just going to make do with what we have available for us now,” Fiorin said.

She said the theft has been reported to Westshore RCMP, and in the meantime, the group is using social media to try to track down the trailer.

Since 2005, Organized Khaos has held an annual fundraising concert that has seen thousands of dollars donated to research efforts.

The group consists of mostly local youth and some adult community members.

“They’re pretty upset and pretty annoyed,” said Fiorin. “How could somebody be so disrespectful to take something that doesn’t belong to them? It’s not okay.”

She said the thief or thieves probably took the trailer without knowing what was in it, and pleaded with them to “put it in a parking lot somewhere and we’ll go get it.”

The group is contemplating putting together some sort of online fundraiser later this summer to replace the stolen instruments, but for now, the show must go on.

“That’s the attitude we have to have, right?” Fiorin said. “The show must go on. We’re not going to let it take us down.”

The trailer is identified as a white with an interstate sticker on the front and one on the back door.

While the group believes its license plate has likely been switched already, the original plate number is UGH 23K.