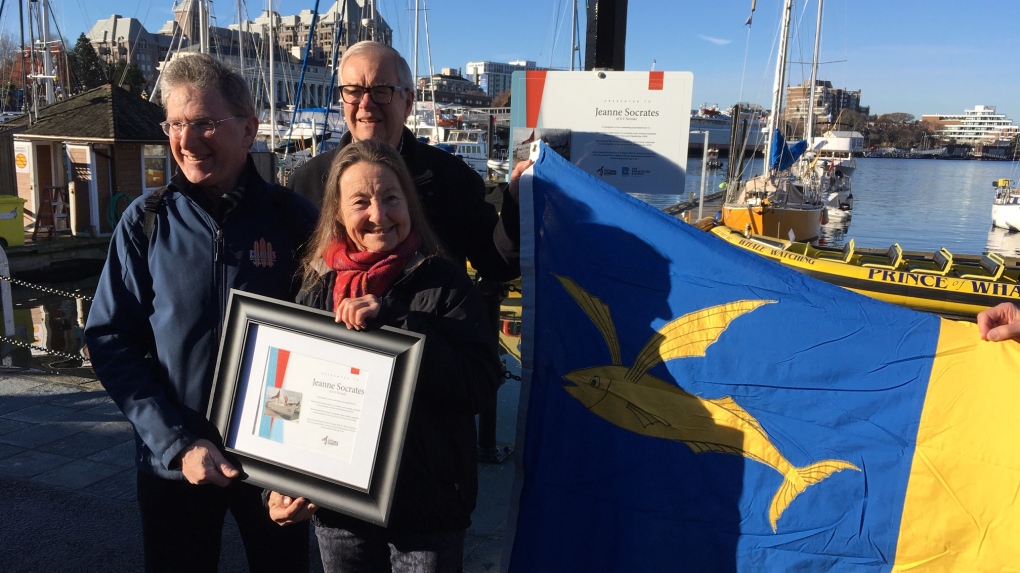 VICTORIA – World record-holding Victoria sailor, Jeanne Socrates, 77, was honoured by the Greater Victoria Harbour Authority (GVHA) by having an Inner Harbour dock named after her on Thursday.

In September, Socrates claimed the world record for oldest person to sail around the world nonstop and unassisted. After enduring a 340-day voyage at sea, the senior sailor floated into Victoria's Inner Harbour accompanied by cheering boaters and locals alike.

The Inner Harbour dock, located in the harbour's lower causeway, has now been titled the Jeanne Socrates Dock by the GVHA. According to the organization, the yellow line crescent-shaped commercial dock sees thousands of visitors and locals annually and is a central stop for many local businesses, including the Victoria Harbour Ferry, whale watching tours and fishing charters.

The sailboat that Socrates used to complete her journey, the S/V Nereida, was purchased by her and her late husband back in July 1997. At the time, the pair sailed the boat back from England through Europe, the Caribbean and the United States before landing in Victoria.

Before claiming the world record in September, Socrates already held the record for oldest woman to sail around the world, which she set back in 2013 at the age of 70.