An impaired driver who struck two sisters, killing one and critically injuring the other, near Victoria in 2018, has been sentenced to three and a half years behind bars.

The Crown prosecution said Thomas, 26 years old at the time of the crash, had methamphetamine and Xanax in his system when he struck and killed 51-year-old Kim Ward while she was walking on the side of a road in Central Saanich, B.C.

The victim's 48-year-old sister, Tracy Ward, was also hit and was taken to hospital in critical condition with a traumatic brain injury.

The crash, which happened in the 7600-block of Central Saanich Road on Aug. 27, 2018, also killed Tracy's dog, while Thomas was treated in hospital for minor injuries.

Police said the Jeep Cherokee that Thomas was driving crossed into the oncoming lane before striking the sisters and the dog. 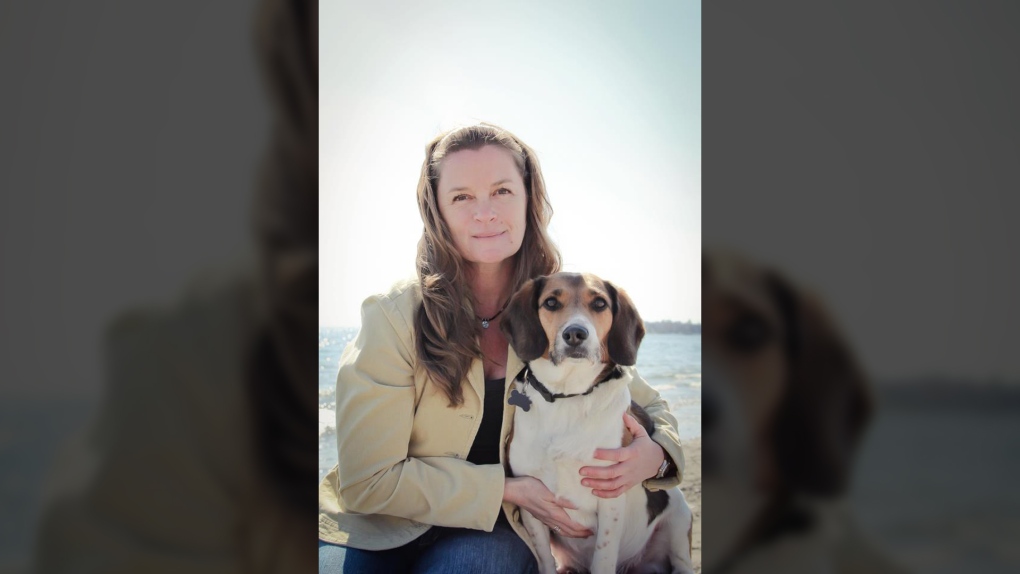 Kim Ward was walking with her sister along Central Saanich Road when a Jeep struck them from behind. Ward was pronounced dead at the scene. (Facebook)

In July, a B.C. judge awarded Tracy and her mother nearly $5.5 million in damages in a civil case against three defendants – Thomas, his family friend Aggatha Siah, and a Victoria auto dealership.

The Jeep that Thomas was driving at the time of the crash belonged to Harris Victoria Chrysler Dodge Jeep Ram Ltd., which gave the vehicle to Siah while her financing to buy it was still pending.

The judge concluded that Siah was not yet the legal owner of the Jeep, which still belonged to the dealership, making the dealership vicariously liable for the damages.

Harris Victoria argued that Siah was the owner of the Jeep or, alternatively, that it had not consented to Thomas driving the vehicle.

Brown rejected those arguments, concluding that the purchase agreement the dealership relied upon as proof that Siah was the vehicle's owner was never intended to be a binding agreement, but rather a temporary measure to allow a buyer to drive a newly purchased vehicle off the lot in the form of an extended test drive.

Most of the $5.49 million in damages for which Thomas and Harris Victoria were held liable was based on an estimate of future care needs for Tracy, who has been living in a long-term care home since she left the hospital.

BREAKING | U.S. considering plan to down Chinese balloon over Atlantic

The Biden administration is considering a plan to shoot down a large Chinese balloon suspected of conducting surveillance on U.S. military, by bringing it down once it is above the Atlantic Ocean where the remnants could potentially be recovered, according to four U.S. officials.

The Arctic air that descended on the Northeast on Saturday brought dangerously cold sub-zero temperatures and wind chills to the region, including a record-setting wind chill of minus 108 degrees Fahrenheit (minus 78 C) on the summit of Mount Washington in New Hampshire.

It's a bird, it's a plane, it's a spy balloon from China? Here's what we know about the balloon so far