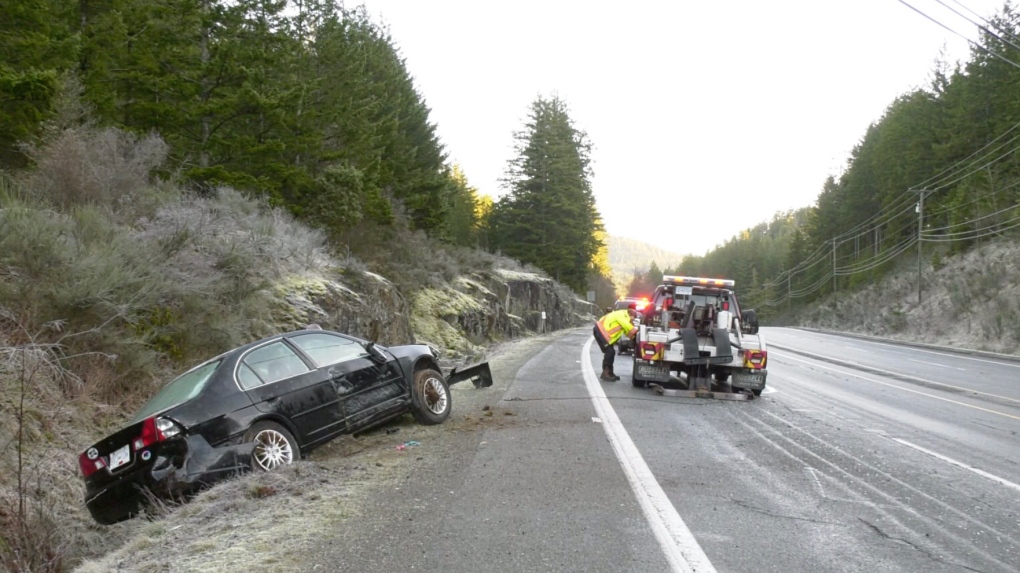 The first crash occurred just after 7 a.m. and the second happened about an hour later near Humpback Road.

Both drivers were traveling towards Langford when they encountered black ice at a bend in the road, according to police.

The slick road sent the vehicles into the opposite lane and then into the ditch.

Neither driver was seriously injured but one was taken to hospital as a precaution. 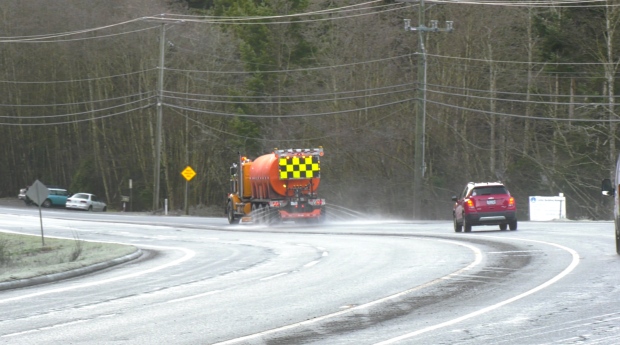 Police are reminding drivers to slow down when the temperature dips to freezing.

The stretch of road has been salted to prevent further incidents.