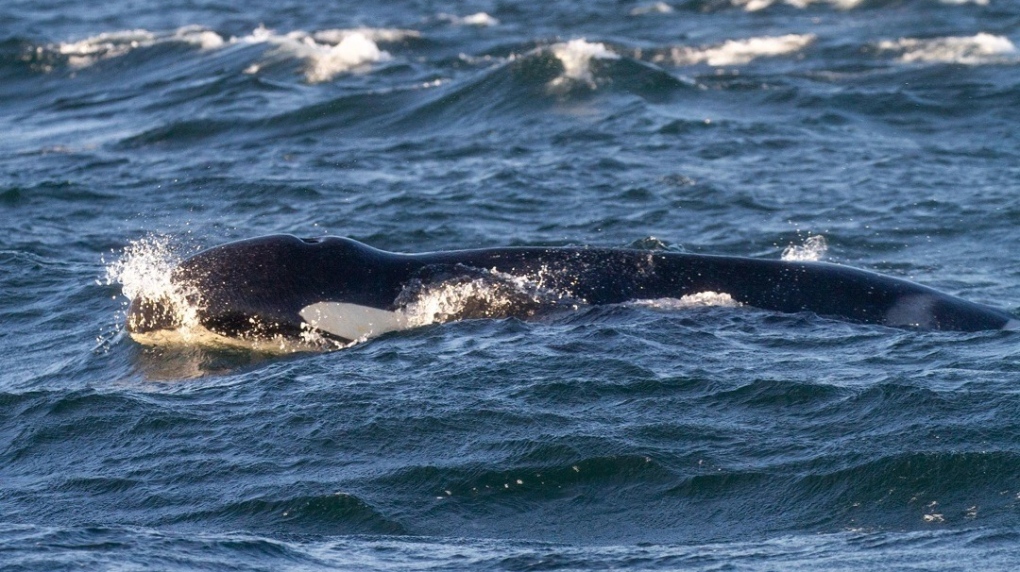 The "iconic" male orca, K21, was spotted off the southern tip of Vancouver Island in the Race Rocks Marine Protected Area by a whale-watching vessel on Wednesday.

According to the Orca Behavior Institute, the orca, also known as Cappuccino, appeared emaciated and in poor health. His dorsal fin was also collapsed which can be a sign of illness, according to the institute.

"Cappuccino is one of the best-known southern residents, easily identifiable by his check-mark shaped saddle patches and a notch in his tall dorsal fin," said Monika Shields, director of the Orca Behavior Institute, in a release Friday.

Shields says Wednesday's sighting was a disheartening development after dozens of orcas were spotted in the Salish Sea on Tuesday, after being noticeably absent from their usual summer hunting ground for more than 100 days.

Shields adds that 35-year-old Cappuccino made it well into adulthood, which can be rare for the endangered southern residents.

"The average life expectancy of a male resident killer whale is about 30 years," Shields said. "It’s never easy to lose one of these whales, but it’s even worse when they aren’t living a complete life. K21 at least had that."

Cappuccino did not have any remaining immediate family members, according to the Orca Behavior Institute. However, he had been "adopted" by another adult female, K16 Opus. Researchers say the pair would regularly travel together.

When Cappuccino was last seen on Wednesday, researchers say he was several miles behind the rest of his pod.

"Some speculate he was left behind, while others suggest he may have chosen to be alone in this moment," said the Orca Behavior Institute.

Researchers say that southern resident killer whales sometimes gather in the Salish Sea to mark the birth or death of an orca.

"We will never know for sure why they all came here now, or how they made the decision of whether or not to be with K21 at this time," said Shields.

"While there are many similarities between us and them, whale culture is not human culture. I trust them to handle these difficult moments in the way that is right for them," she said.

Shields says the images taken of Cappuccino on Wednesday do not show any obvious signs of a ship strike or other external wounds.

Researchers say a Fisheries and Oceans Canada team is now trying to find the orca to examine his condition.

"While clearly malnourished, we cannot say for sure what contributed to his severe physical decline – illness, lack of food, or most likely some combination of factors," said the Orca Behavior Institute.

Human remains discovered in Teton County, Wyoming, on Sunday are 'consistent with the description of' missing 22-year-old Gabby Petito, FBI officials said in a news conference.