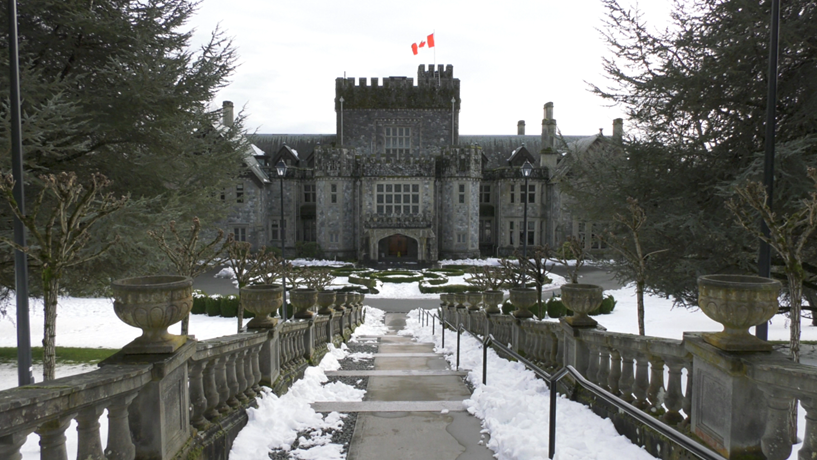 VICTORIA -- One of Greater Victoria’s most iconic buildings is undergoing repairs after it was damaged by water.

In an emailed statement to CTV News, staff at Royal Roads University (RRU) in Colwood said the damage was caused after a pipe burst on the roof of the building. When the leak was discovered in the morning of Feb. 14, maintenance crews immediately shut off the source of the water and repaired the broken pipe.

Before the water could be turned off, the cascading water had leaked into the main foyer at the castle entrance and the basement area. The affected areas suffered minor damage as a result of the leak.

RRU crews are currently drying, cleaning and repairing the damaged sections of the former home of James Dunsmuir.

University staff who were working in the castle are expected to work from home for the next few days while the necessary repairs are made.