'I was that desperate': Vancouver Island business owner grateful for return of stolen excavator 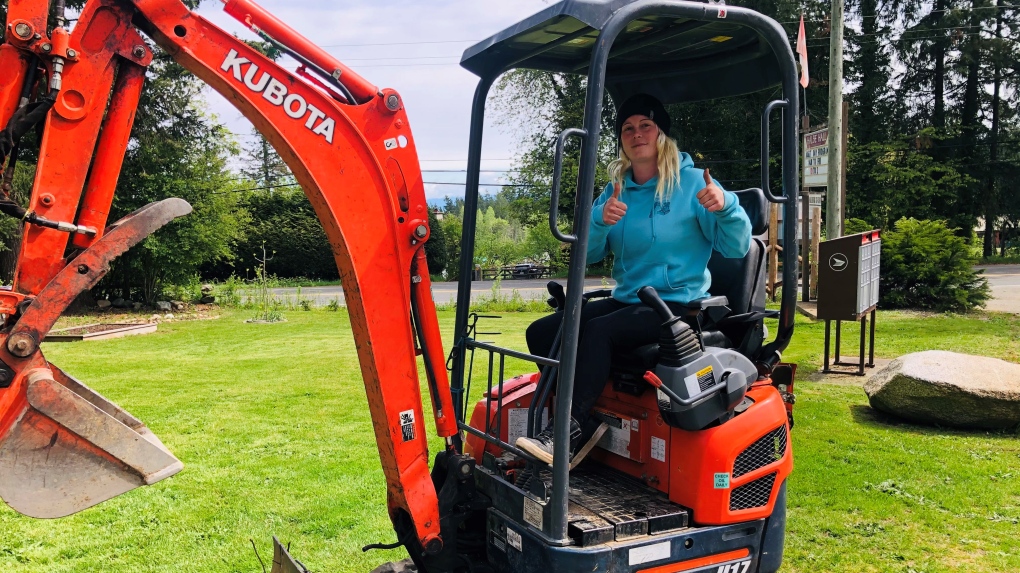 Nanaimo RCMP say the business owner told them she was thinking of selling her home to keep her business afloat while the excavator was missing: (Nanaimo RCMP)

VICTORIA -- A Vancouver Island business owner is grateful to have a key piece of equipment returned to her after it was stolen earlier this year.

Joelena Piket, who owns Rise and Shine Landscaping, based out of Black Creek, had her $40,000 excavator stolen in the Comox Valley area in March.

The machine was used in many aspects of her business, and she reportedly told police that she was considering selling her home to keep her business running.

"I was that desperate," she reportedly told the Nanaimo RCMP.

After the excavator was stolen in March, Piket alerted the Comox Valley RCMP of the theft and appealed for help on social media.

Mounties say that she received tips on the location of the excavator, however, the equipment remained missing for months.

In late April, police say that Piket received a tip that the excavator was in Nanaimo. She contacted Nanaimo RCMP who eventually found the Kubota U17 excavator at a rural property south of Nanaimo on May 5.

"Our officers knew how much the excavator meant to the survival of her business," said Const. Gary O'Brien of the Nanaimo RCMP in a release Wednesday.

"They turned over a lot of stones looking for it, and eventually, their hard work paid off. Needless to say, it was great work on the part of our street crimes unit," he said.

While the excavator was recovered, police say it requires at least $15,000 worth of repairs before it can be used again. Nanaimo RCMP say that friends of Piket are planning on launching a fundraiser to help her recoup the cost of repairs, and the loss of roughly two months of work.

No charges have been made in connection to the stolen excavator yet, say police, however the investigation is ongoing.