'I want her to be happy': Victoria cat owner responds to trespassing fine

'I want her to be happy': Victoria cat owner responds to trespassing fine

Victoria cat owner Ramon Correa says he was stunned to receive a fine from the city after a neighbour complained about his cat trespassing on their property.

The neighbour had reported the cat, Narki, to Victoria Animal Control three times in about as many months.

The one-year-old cat was named after the word "cat" in Mapudungun, a Chilean Indigenous language.

The first time Narki was reported trespassing on the property, she was picked up by animal control officers until she was collected at the pound. After the third time, Correa received the $150 fine.

"The first time I was travelling, I was on my holidays, and my roommates had to go and rescue her," he says. "And then she did it again. But this time she didn't end up in jail. I just got the fine." 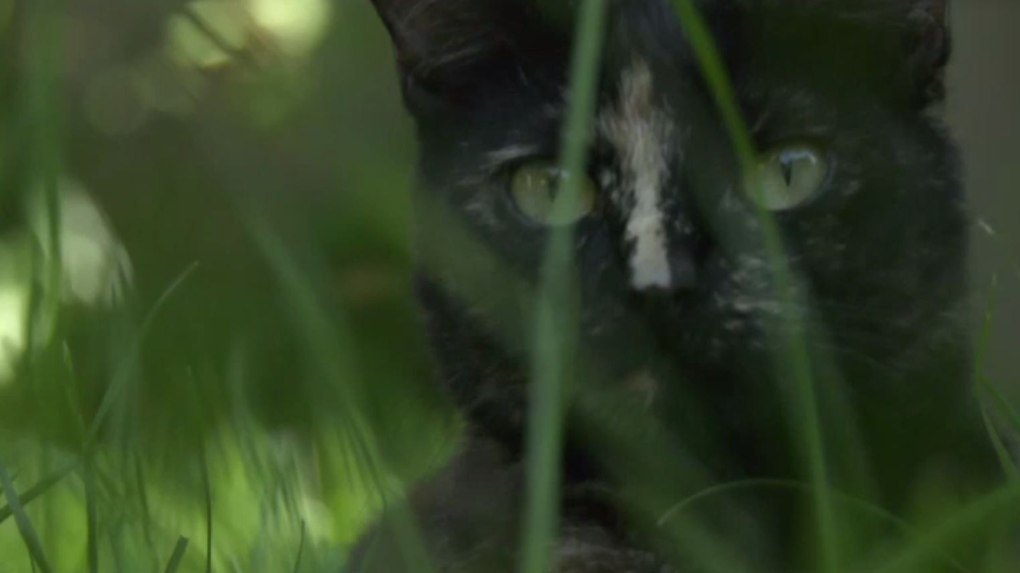 Narki the cat is pictured.

Victoria Animal Control told CTV News that the neighbour was concerned because the cat was seen around their chicken coop, and they feared for their birds' safety.

But Correa says Narki, who is just one year old, is too small to attack a chicken. He says she attacks mice sometimes, which are common in the area, but has never brought in any other type of animal.

Correa says he uses a spray bottle filled with water to remove other neighbourhood cats from his property, and he wished that his neighbour would consider doing the same, instead of calling animal control.

He says he's not sure what the solution is, saying that some people support having outdoor cats while others are against it.

"It's about balance," he says. "You can't tell me after 15 years of being a cat owner that I can't have my cat running around all of a sudden."

If Narki continues to visit his neighbour's backyard, Victoria Animal Control says Correa may be on the hook for more $150 fines. The fines and penalties do not increase with each offense.

"Narki is really sweet. Anybody can pick her up," says Correa. "She brings joy and happiness to all my neighbours. Or most of my neighbours, I should say."