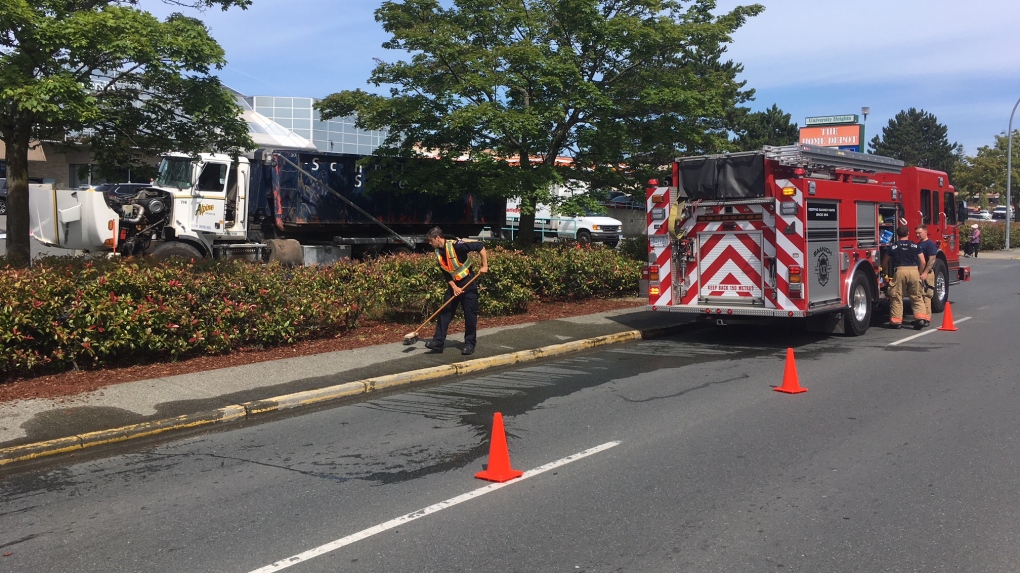 No one was injured when a commercial truck nearly exploded in a Saanich parking lot Tuesday morning.

The Alpine bin delivery truck started smoking in the parking lot of University Heights Shopping Centre at around 11 a.m.

The driver of the truck thought he had a flat tire in a nearby intersection and drove into the lot when his engine began to smoke.

He turned off the engine, but the turbo on the engine did not stop and sent it into full acceleration.

"I thought the whole thing might blow," said witness Richard Collins, who was working outside the mall when he saw the heavy black smoke pouring from the truck..

"At first I thought it was a truck on fire but then I realized it was coming just out of the stack.”

The driver cleared people from the area, afraid that the motor would explode as burning oil spurted from the pipes. The motor eventually seized up on its own.

Saanich firefighters quickly responded and doused the engine with water. They laid down abosrbent materials to stop any oil and fuel from entering a nearby water drain.

No one was injured and firefighters and District of Saanich workers were cleaning up the area Tuesday afternoon.