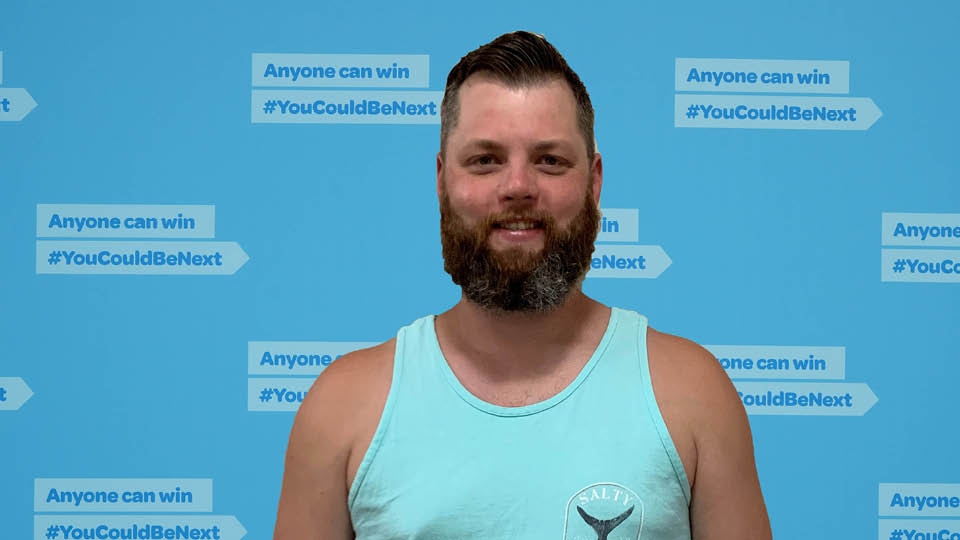 Vancouver Island resident Kyle Germiquet says he plans on using his winnings to help buy a larger home for his wife and kids: (B.C. Lottery Corporation)

VICTORIA -- A Chemainus man says he and his wife have been left speechless after winning a $500,000 lottery prize.

Kyle Germiquet says he was on a work trip when he purchased his winning ticket at a Salmon Arm Petro-Canada on July 28.

Once he learned he had won a few days later, he rushed to tell his wife.

“She started to cry when she saw I won,” he told the BC. Lottery Corporation. “She was so overwhelmed.”

“I still don’t really believe it — it hasn’t really sunk in,” he said.

The Chemainus resident says he plans to use his winnings to buy a larger home for his wife and children.

July 28 was an auspicious day for Vancouver Island lottery players.

“I always dreamed of winning,” Debra Allen told the B.C. Lottery Corporation. “It is really hard to fathom that it’s real.”