'I need to make the last ferry': Car impounded for excessive speeding on Pat Bay highway 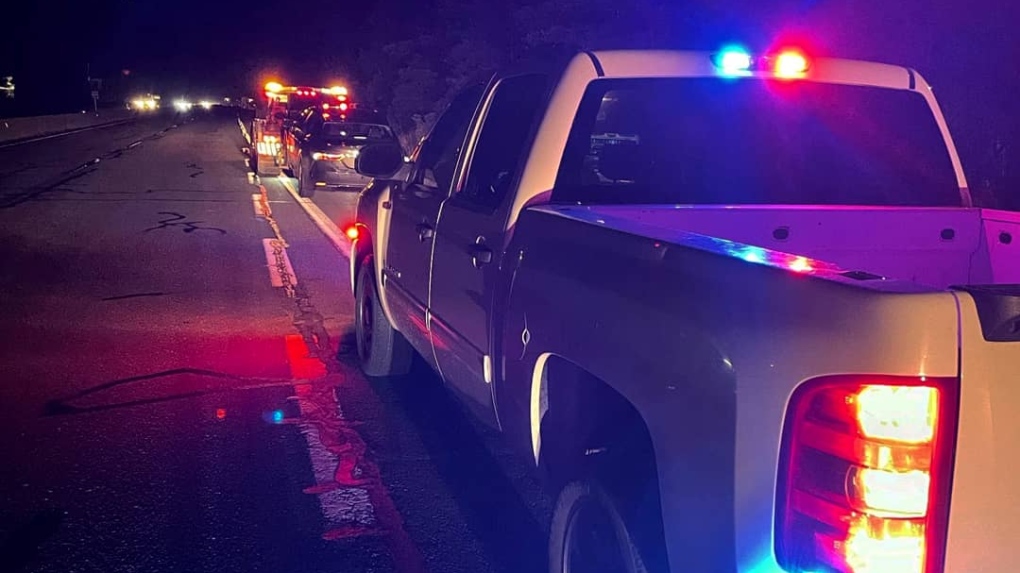 VICTORIA -- A driver had their sedan impounded and is facing hefty fines after they were allegedly caught speeding excessively on the Patricia Bay Highway and refused to stop for police on Monday night.

Central Saanich police say the vehicle was spotted travelling roughly 155 km/h along the highway near Island View Road around 8:15 p.m.

The vehicle was reportedly weaving between cars without signalling and initially failed to stop for officers, say Central Saanich police.

When the driver did pull over, they told officers "I need to make the last ferry" as an explanation for their speeding. The driver was ultimately served $817 in fines, had their vehicle impounded and received 12 demerit points on their licence.

Police say that hours later, around 5:30 a.m., another vehicle was ticketed for excessive speeding after they were spotted driving roughly 129 km/h along the highway. That driver faces three demerit points and also had their vehicle impounded.