A line cook and former tugboat deckhand quit his job and is putting his life on hold to fight Russian troops in war-torn Ukraine.

Bryson Woolsey, from Powell River, B.C., says he expects to ship out for Ukraine next week as he aims to ward off Russian occupiers on Ukrainian soil.

"I'm not trying to walk in there gung-ho or anything, but I just think it’s worth the risk,” said Woolsey on Tuesday.

The 33-year-old says when Ukrainian President Volodymyr Zelensky put out a call for foreign volunteers, he knew he had to act.

"I'm not going over there with any expectations," he said. "Whatever they need me to do, if that is somewhere in the back with logistics or support, or if that's a frontline combat role, I'm happy to do that. I've weighed those risks."

The B.C. man says he is collecting supplies for his trip and plans to head for Ukraine next week.

He says his family is scared and concerned but supportive of his decision.

'I FELT LIKE SOMEONE PUT A KNIFE IN MY HEART'

In Victoria, another kind of preparation is underway to defend Ukraine from Russian invaders.

Oleh Hlyniailiuk, a Ukrainian tourist, is collecting thousands of dollars worth of medical and military equipment to take home to his family and friends. 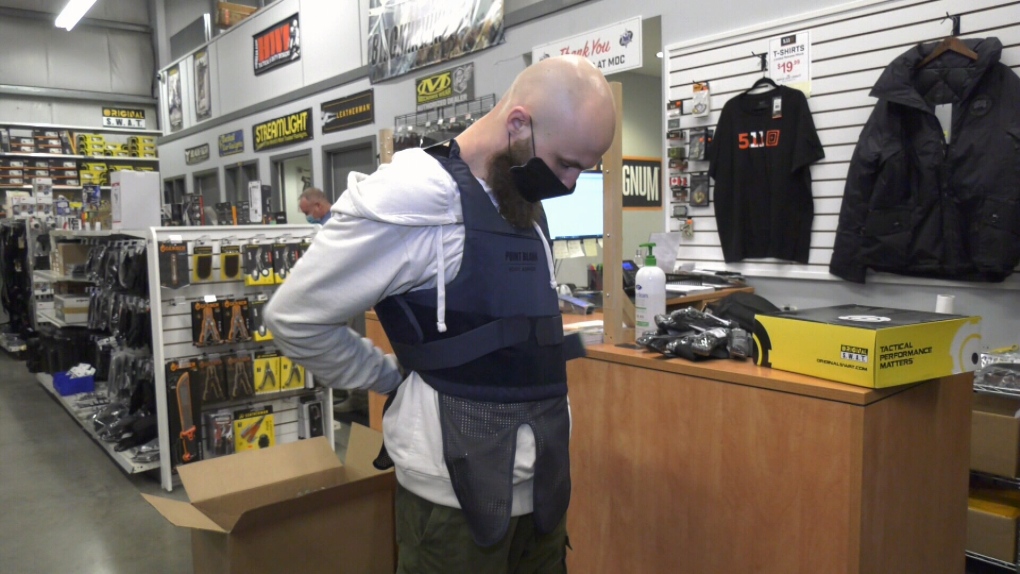 Oleh Hlyniailiuk, a Ukrainian tourist, is collecting thousands of dollars worth of medical and military equipment to take home to his family and friends. (CTV News)

"We have no choice," said Hlyniailiuk on Tuesday. "We cannot accept the occupation of Ukraine. It will mean for the world the loss of a democracy."

Hlyniailiuk was in Victoria on Tuesday to shop at military supply store MDC Law Enforcement and Military Equipment Distributors.

He and a friend filled box after box with military grade gloves, boots, medical tourniquets, bandages and other supplies.

The 26-year-old plans to fly out of Canada on Wednesday with at least 10 suitcases of gear.

In November, he accepted a friend's invitation to travel to Canada and explore B.C.’s rugged coast.

Once the invasion of his homeland began, he said he had no choice but to cut his trip short and help in any way he could.

He says his girlfriend has escaped explosions near Kyiv and fled to the western part of Ukraine.

"I felt like someone put a knife in my heart, it was so painful," said Hlyniailiuk.

Alec Rossa, the president of the military-supply company, says he will likely give the Ukrainians a deep discount, if he charges them at all, for the gear.

Rossa says he has roughly 40 family members in war-torn Ukraine and wants to help in any way he can. 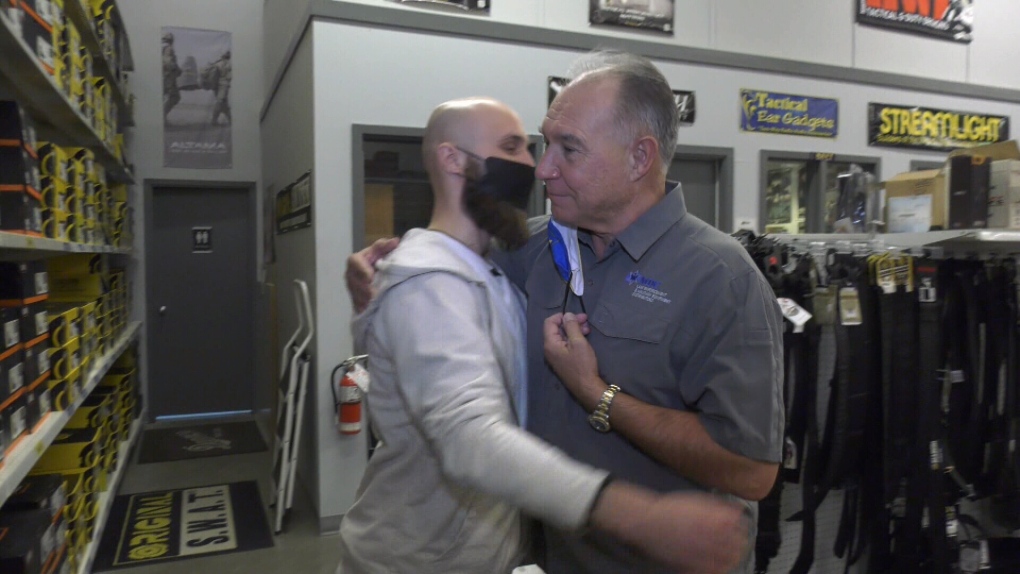 Alec Rossa, the president of a military-supply company near Victoria, says he will likely give the Ukrainians a deep discount, if he charges them at all, for the gear. (CTV News)