'I have the horse's ear on ice': Pit bulls attack therapeutic mini horse in Nanaimo

A miniature therapeutic horse will need extensive surgery following a horrific attack near Nanaimo this week.

“I have the horse's ear on ice in my fridge,” Stevens told CTV News.

Stevens, who runs a hobby farm in the Nanaimo suburb of Cassidy, says two pit bulls owned by a nearby farmer broke free from a well-fenced property and nearly killed her horse.

The pint-sized pony, which stands only 76 centimetres tall, had its left ear completely bitten off and also suffered horrible bite wounds to the back of its legs.

Stevens says she and her brother ran out to help the horse after hearing the attack. She says one of the dogs continued to attack the horse while the other kept its rescuers at a distance.

Stevens uses a walker to get around after suffering a recent heart condition.

“I used my walker to beat them back,” Stevens recounted, adding that her brother used a broom to help fight the dogs off. 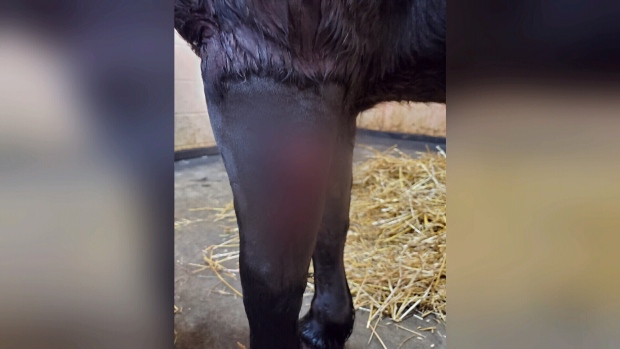 Once the attack had ended, the miniature horse was quickly rushed to a veterinary hospital and then on to the only horse hospital on Vancouver Island.

“The ear was severed off,” said Colin Scruton with the Equerry Equine Surgery and Sports Medicine hospital in Nanaimo.

Scruton said the tiny horse is under 24-hour care and will likely need extensive surgery to create a new ear canal. He expects to use skin grafts to build a new ear, and added the horse cannot be outside in the weather given its current state.

Despite the devastating injuries to her animal, Stevens says she holds no grudge against the dog’s owner or the pit bulls. “He has totally stepped up and is paying all the bills,” Stevens told CTV News.

The Cassidy farmer says the dogs came from a good home and can only guess their pack mentality led to the attack. She says the pit bulls' owner is devastated and has relinquished the dogs to animal control officers.

Coastal Animal Control Services, which deals with the Regional District of Nanaimo, confirms that the pit bulls were euthanized. The organization continues to investigate the attack. 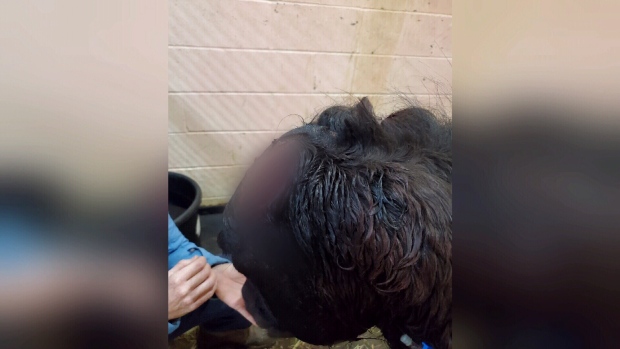