'I have no doubt it's mine': Authenticity of B.C. museum's 'Indigenous artifact' in dispute

VICTORIA -- When the Royal B.C. Museum announced this week it had confirmed the authenticity of a large stone carving found in the waters off Vancouver Island as a genuine “Indigenous artifact,” the announcement made national headlines – but it caught one local carver by surprise.

Ray Boudreau of Victoria, B.C., says he carved the sandstone pillar on a city beach, not far from where it was discovered, in 2017.

The hobbyist carver says he worked on the statue for three days with a hammer and chisel. He wasn’t quite finished with his creation when it disappeared overnight from the Dallas Road beach where he left it.

Boudreau supplied photos of his work-in-progess to CTV News. The pictures on his iPhone carry the time stamp of Jan. 23, 2017, and show an unfinished carving that bears a striking resemblance to the artifact that was hailed Wednesday as "a remarkable find with a remarkable story" by the museum’s chief executive.

"There’s a peculiar little couple of lines that I put there under the eyes," Boudreau says, reviewing his photos again. "And the lips are so unique, like a fingerprint. It’s pretty obvious when you see the two together." 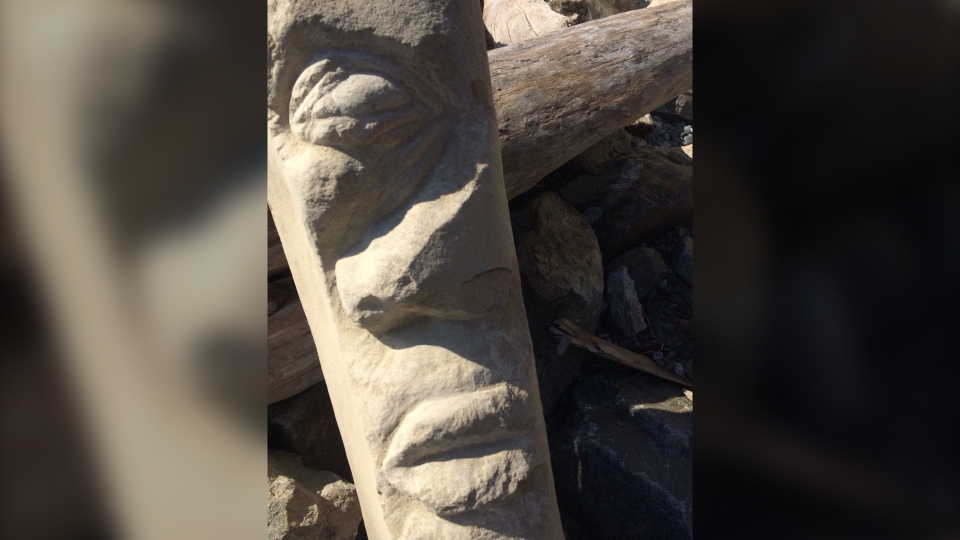 The Royal B.C. Museum says it is launching a review of the discovery, and museum curators will try to meet with Boudreau to sort out the carving’s true provenance.

"The first thing we always make sure we do, which our archaeologist Grant Keddie did, is to contact the Songhees First Nation when he first spotted this or was made aware of this carving," said Lou-ann Neel, acting head of the museum’s Indigenous collections and repatriation department. 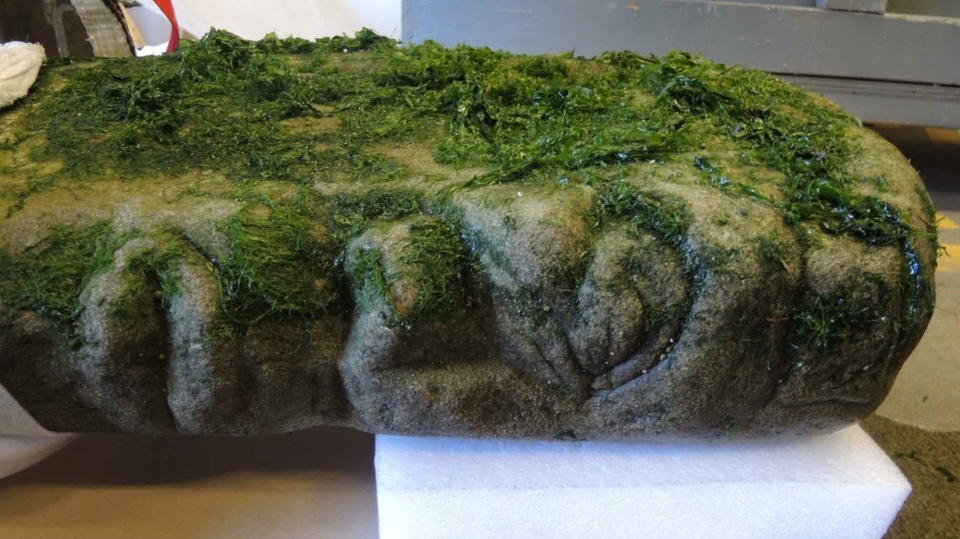 Keddie, the archaeologist who made the contentious determination, was out in the field and unavailable to discuss the work’s origins Friday, a museum spokesperson said.

In his blog on the museum’s website, Keddie said he believes the artifact was "a very special ritual stone pillar” and said it “was likely one of those related to ceremonies such as the first salmon ceremony, used in puberty rites or related to ceremonies involving the feeding of the dead."

"Radio-carbon dating can only be done on organic artifacts," he added, "making it difficult to date carved stones like this one. However, in some cases, oral and written histories can provide us with some likely context of the human behaviour related to important cultural artifacts such as this one." 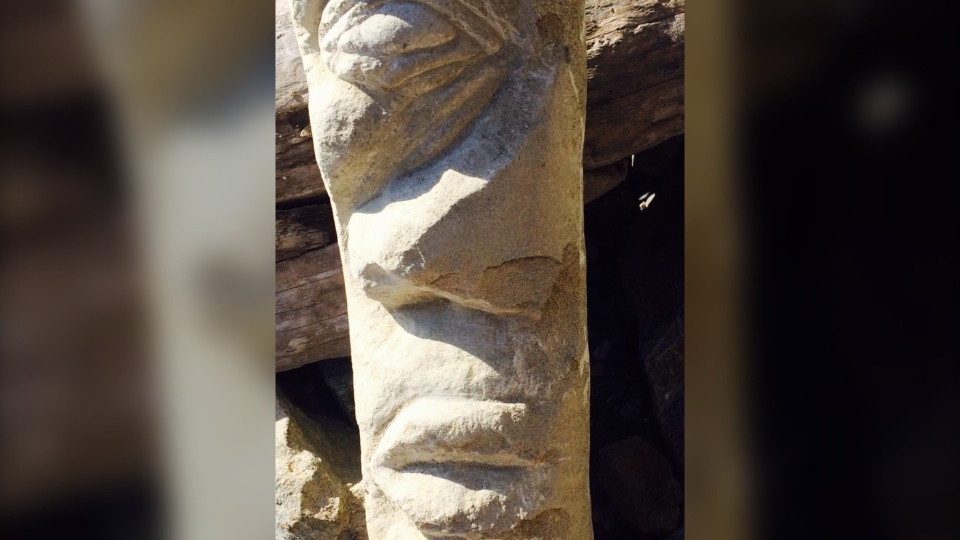 Songhees Nation Chief Ron Sam was puzzled by the new uncertainty around the discovery.

"I’m shocked," Sam told CTV News. "Once it was cleared by the museum as a First Nations artifact, that’s when we kicked into gear. Yeah, it’s shocking."

The Songhees leader says a band representative will now work closely with the museum to "figure out the true story" of the carving.

"I leave it in the museum’s hands to figure it out," Sam said. "I viewed it in person. To me, it fit the bill."

After the museum announced its findings Wednesday, online commenters were quick to question the style of the carving as something more akin to South American or even Polynesian artifacts. Sam downplayed those assessments, however, saying the style of carving "would not be out of place in the historical record" for Pacific Northwest First Nations artifacts.

The museum now estimates it will take weeks to reach a final determination on when the carving was made.

"We all want to complete the process," said Neel, the Indigenous collections manager. "Maybe it is a contemporary carving, but let’s do our process first."

Boudreau, the local carver claiming to have made the artifact, says he was hesitant to speak up about the discovery because of the excitement for cultural preservation it has sparked.

"Do you think I should even say anything?" he asked. "I only had it for three days and then it grew legs."